43 The Esplanade during WW2

The Esplanade ended at the bends during the Second World War and hardly any of these houses were here. We lived here at number 43 (we being father Joe, mother Vonda, and sons Don and Michael). There was a sandtrack right into QEII Park through a manuka forest.

During the War our father, Lieutenant General Gordon Allan (or Joe, as he was known) was the Commanding Officer of the New Zealand Second Expeditionary Force Training Unit and was therefore based at Camp McKay where the Americans were. In fact they introduced us to roast turkey at an American officers’ Christmas dinner, but we weren’t overly impressed with it, it was dry.

In the manuka the Americans used to have their training, building observation platforms in the trees. My brother and I used to sneak in there and undo their forts and take them, putting them up in other trees. They probably knew we were doing it but it was quite a bit of fun. What wasn’t quite so funny was that right opposite Bhodi’s gallery was a tank track down to the beach. We were climbing up there one day and heard this noise at about halfway up of a tank clanking along the road above, and all of a sudden lo and behold right above us the damn thing comes crashing down. Well my brother dived to the right and me to the left and down it came.

The Americans were really good to all the locals and used to zoom up and down the sea here in their inflatable. We weren’t impressed with those either, the motors kept on breaking down. We can remember my brother-in-law and I one day out fishing had to tow one of these things all the way from Paraparaumu Beach back to their base at Raumati South. The whole beach has changed – it was a sand chain from Waikanae to Paekakariki.

The first movie theatre on the Kapiti Coast was here at Raumati South at Irving’s Store, now Valhallah. Outside the building, just on the northern side, was an open paddock with bench seating. They played every week during the war.

I asked Michael about the rumour that the amount of fish stocks on this part of the coast had depleted by 50–80% after the Americans had been through, and did he remember ammunitions and bombs being set off in the sea?

We used to all sit down here on the beach at night when the marines had their firing practice and watch the fireworks of tracer bullets firing across the sea all night long from the various positions. Bear in mind this was also where the New Zealand training camp was, which is why my father was here, and they used to do it too. Twenty thousand Americans and goodness knows how many New Zealanders.

Barry Davenport, the first man ever to swim Cook Strait, used to stay up here at Tenniscourt Road with his sister Pam. My brother and I used to play with them, sliding on sleds down under the pine trees on Tenniscourt Road. We’d grease the sled undersides with mutton fat. I must confess though, at that age we were probably more interested in Pamela Davenport than her brother.

The Lynch twins used to tie up their Shetland pony down under the macrocarpa by the shop. I think Marks had it then, and there was Morrisons’ Store, the wee one up on the hill, and not much else here.

As kids too we used to collect bullets, great piles and piles of bullets and casings, collected like marbles. I don’t remember any of them going off accidentally. Occasionally you know, being kids, we would let some live ones off or throw one at something. After all, we were all kids and that’s just what kids do.

I can’t remember the refugee camp in Jeep Road being here. Being a child it didn’t interest me much, of course, and that was just after the War and we had moved on to boarding school by then. I didn’t move back here until Boxing Day 1952, we moved into Dr Dick’s old place at the corner of Hurley Road and Sweetman Ave, by then married to Yvonne. Then for a few years to the big property on Arawhata Road. But we have always had a soft spot for Raumati South. It’s more established but it’s still peaceful and a real little community.

(From a taped interview 20th May 2004, Michael’s 69th birthday. Michael, now a resident of Westport, was owner and editor of the Kapiti Observer from early 1960 to 30 September 1970. During that time the paper also bought the Pukerua Bay Gazette and Paekakariki Gazette, producing the weekly Kapiti Observer tabloid we are all familiar with. The biggest issue in Mike’s time ran to 80 pages. The paper, purchased from Bill and Doris Banks, was sold in 1970 to Wellington Publishing Company. Mike and his wife Yvonne, née Buckley, a lifetime resident of Paraparaumu, then moved to Dunedin. Incidentally, Michael’s brother Don later married Yvonne’s sister Patricia. Michael became editor of the Otago Daily Times, then The Oamaru Mail. They are the parents of nine, grandparents of squizzillions and loved uncle and aunty of many many nieces and nephews around the country. 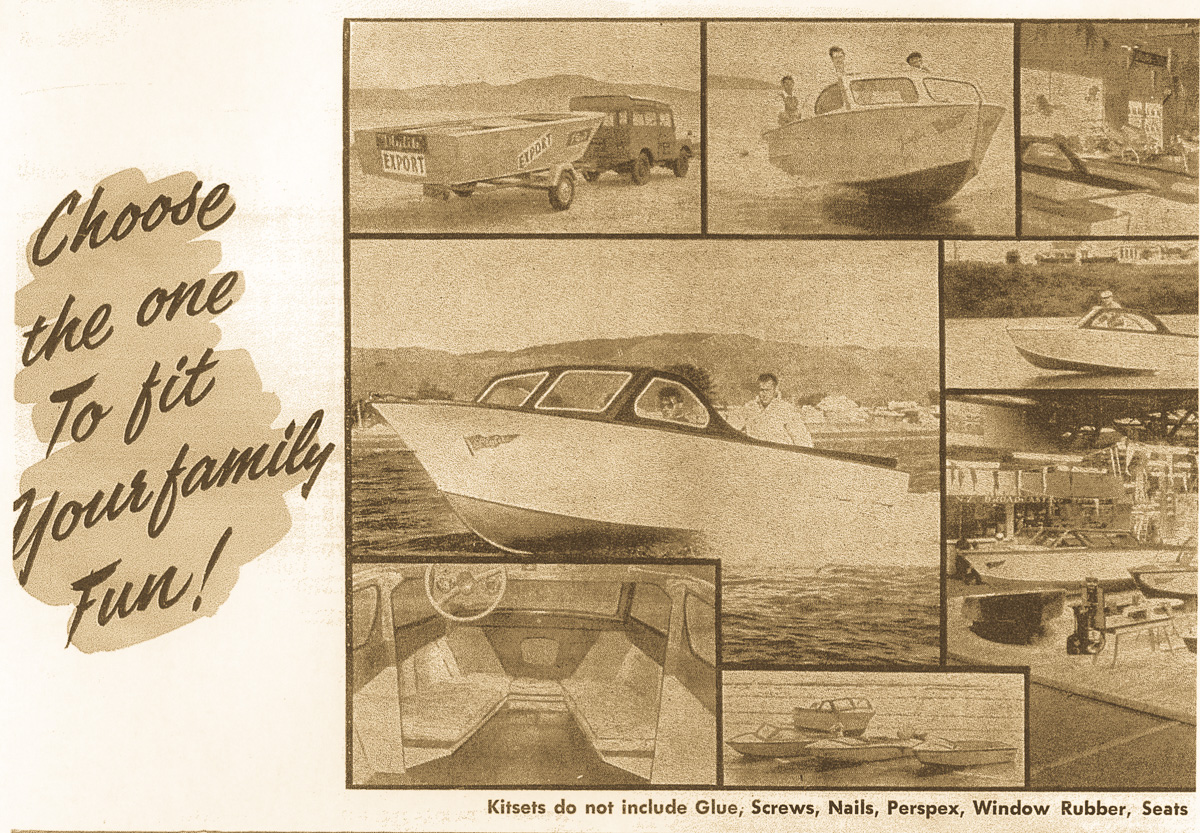 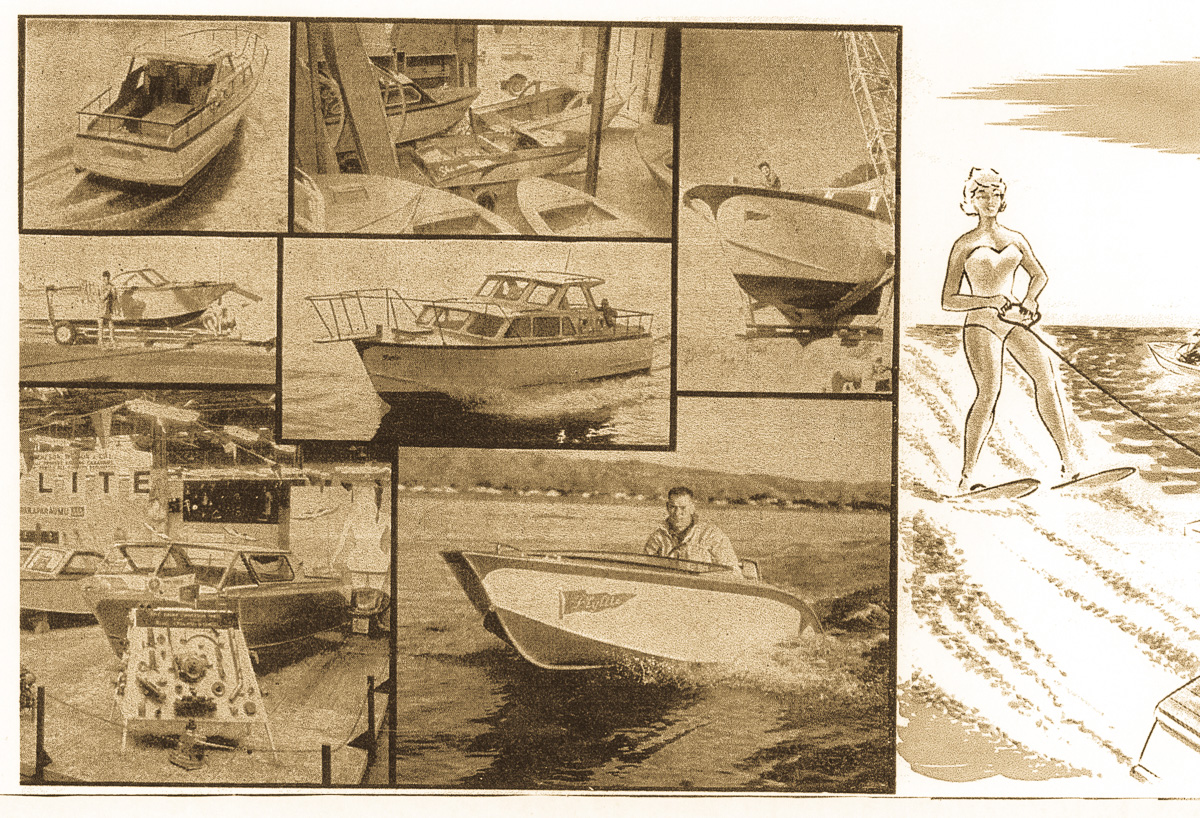 Plylite Boats was started in Raumati Garage by Alec McKimm. He moved manufacturing to the Statue Bargain Barn Building in Tongariro St Paraparaumu, then to Ruapehu St, site of the old dairy factory – until building the prominent Boat City showroom on SH1 north of Paraparaumu. He is more well known for establishing the family business ‘Big Save”. Michael Allan at the helm models for these Plylite Boats brochures.

← The Red House on the Hill No Dance Hall Here! →