Many home owners were evacuated by the fire brigade. Mrs Mary Sutherland had finally been persuaded to leave only hours before her home completely split in half during the day after the Monday night storm, after which all that was left was a bedroom and kitchen. By the time the seas abated, another twenty or so houses had been placed on the endangered list. The once sandy Gold Coast beaches were littered with logs, building rubble, exposed water and sewer pipes, and the remains of what were once protective sea walls.

For the remainder of the week, the police closed off Rosetta Road to the public from Aotea Road to Poplar Avenue, while the most unstable buildings were demolished and removed from what remained of their sections.

Despite the police cordon, residents remember the traffic jam of parked cars near Aotea Road after 3pm that week as families left the cars and walked to join the crowds of sightseers getting as close as they could to witness the damage.

Residents will be familiar with the annual spring tides, with their raging winds and heavy seas. For those interested, the storm that did all this damage was recorded as being a 50 knot offshore wind to the west. 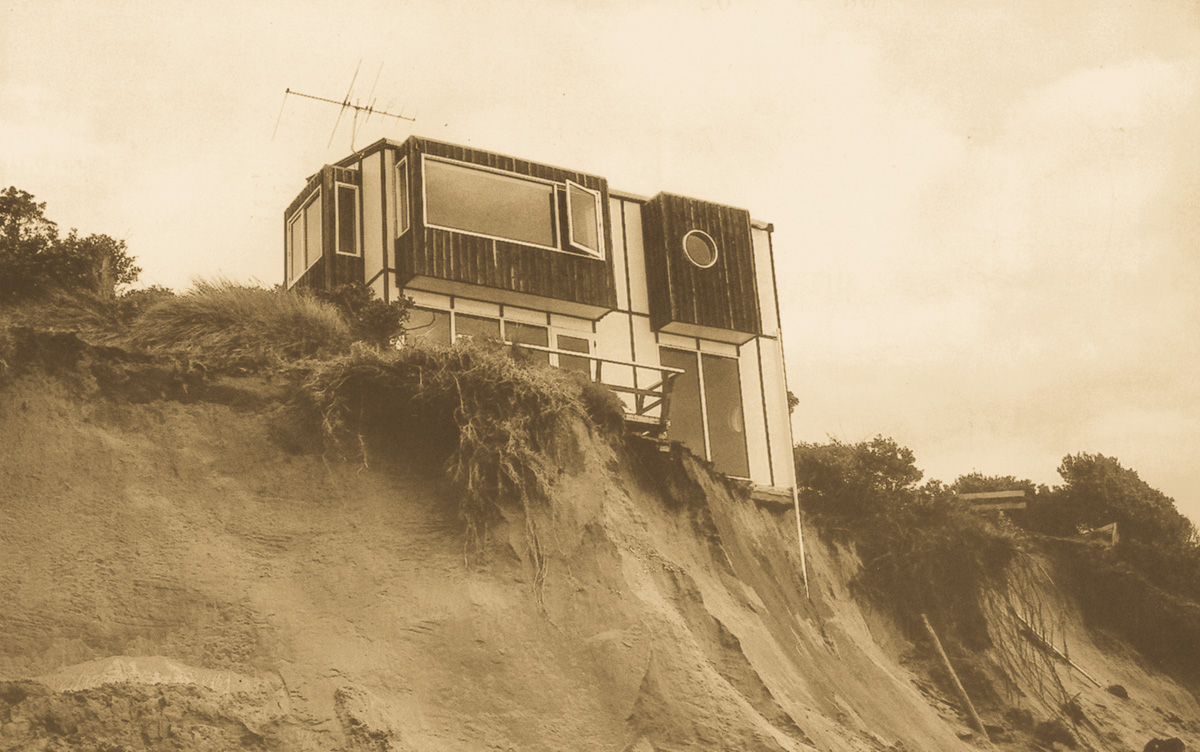 September 1976: an enemy’s eye-view of the endangered Rosetta Road home of John and Phyl Walker. The Walkers had been in their home only 15 months and spent a lot of money on renovations. Whipped up into huge waves by and unrelenting onshore wind, freak spring tides toppled one beachfront house into the sea and rendered this one unlivable. Photograph by Ted Witterick. 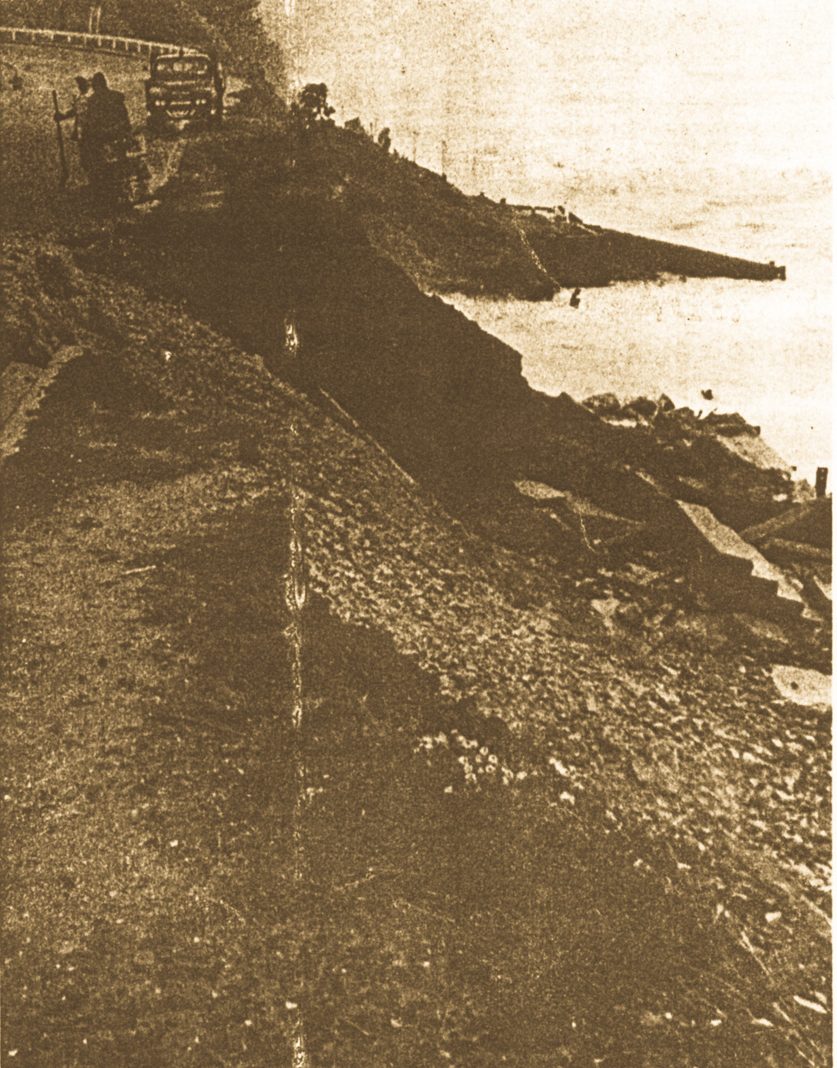 The desolate scene on the beach front on Paekakariki. Kapiti Observer. 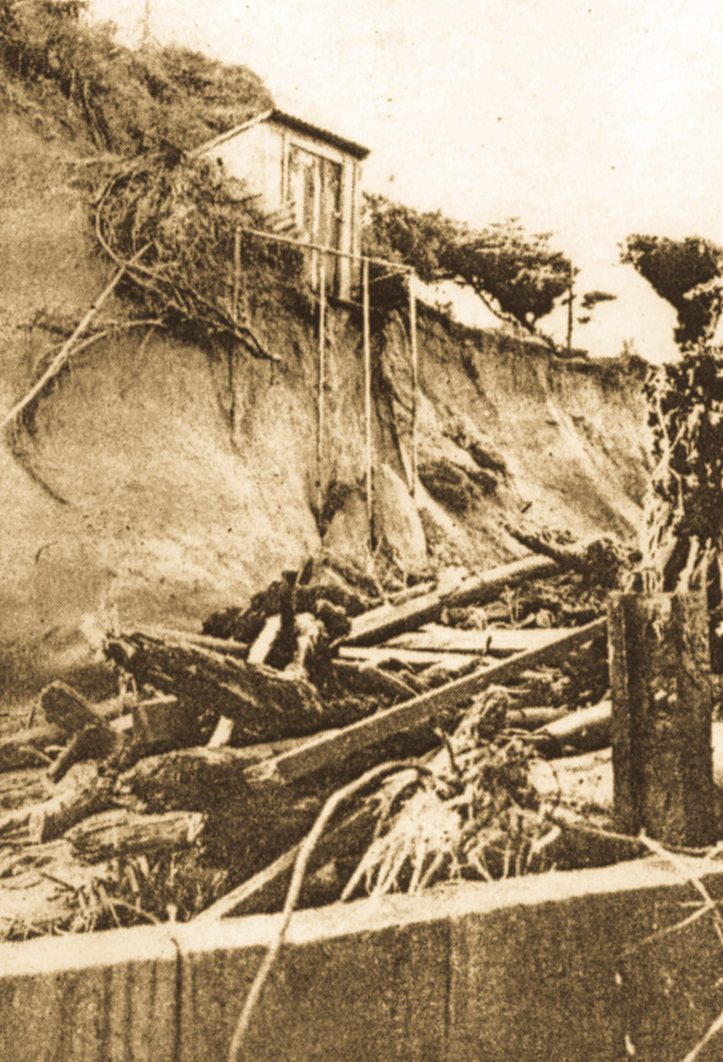 Not an out house, as you may think, but a pump house left high and dry by the seas that pounded Raumati coastline. Kapiti Observer. 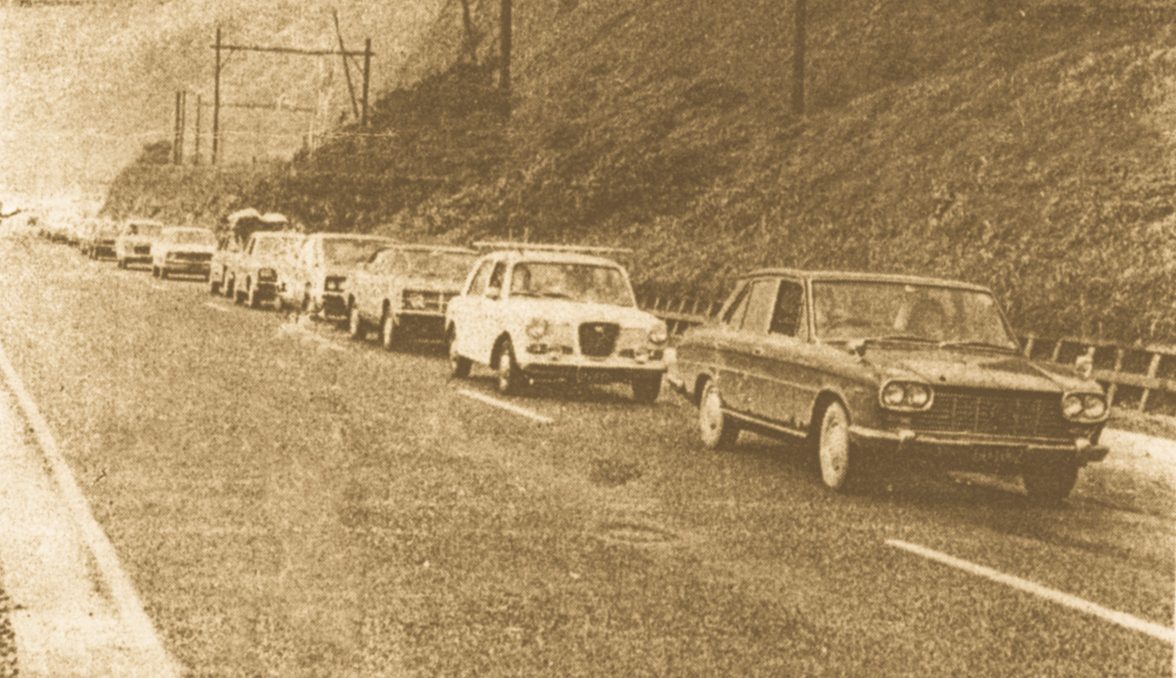 Cars brought to a virtual halt by flooding and slips on the Centennial Highway. Kapiti Observer. 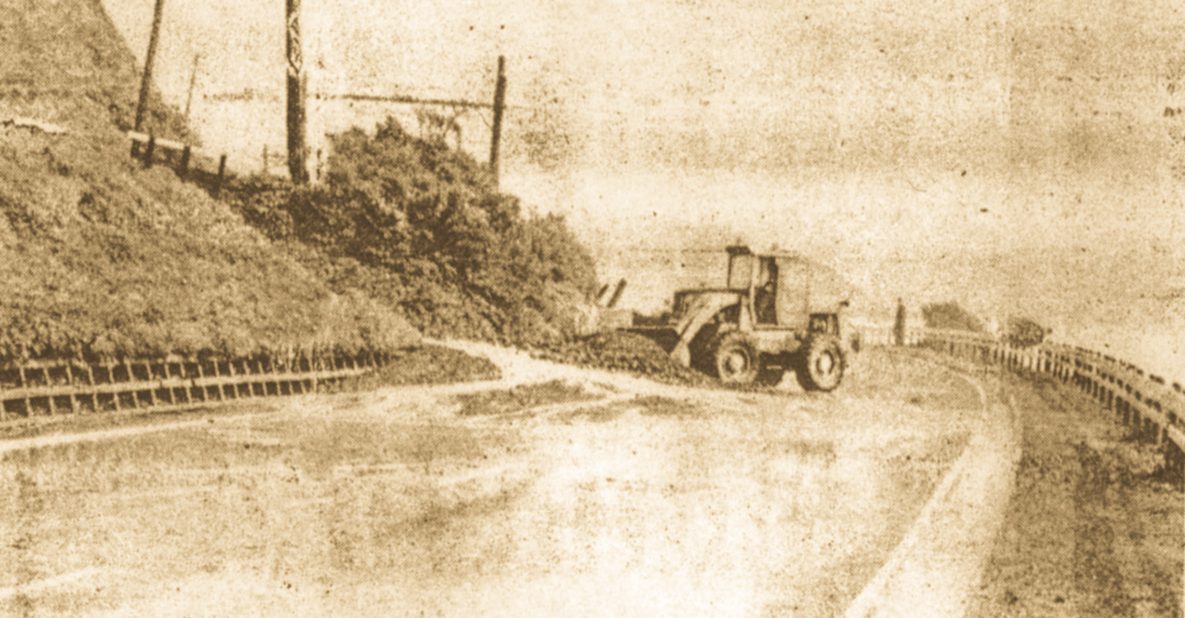 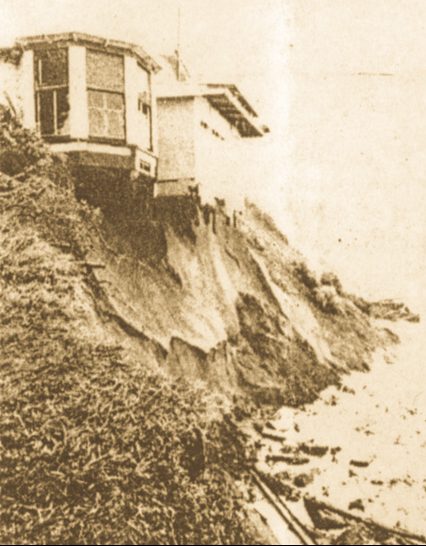 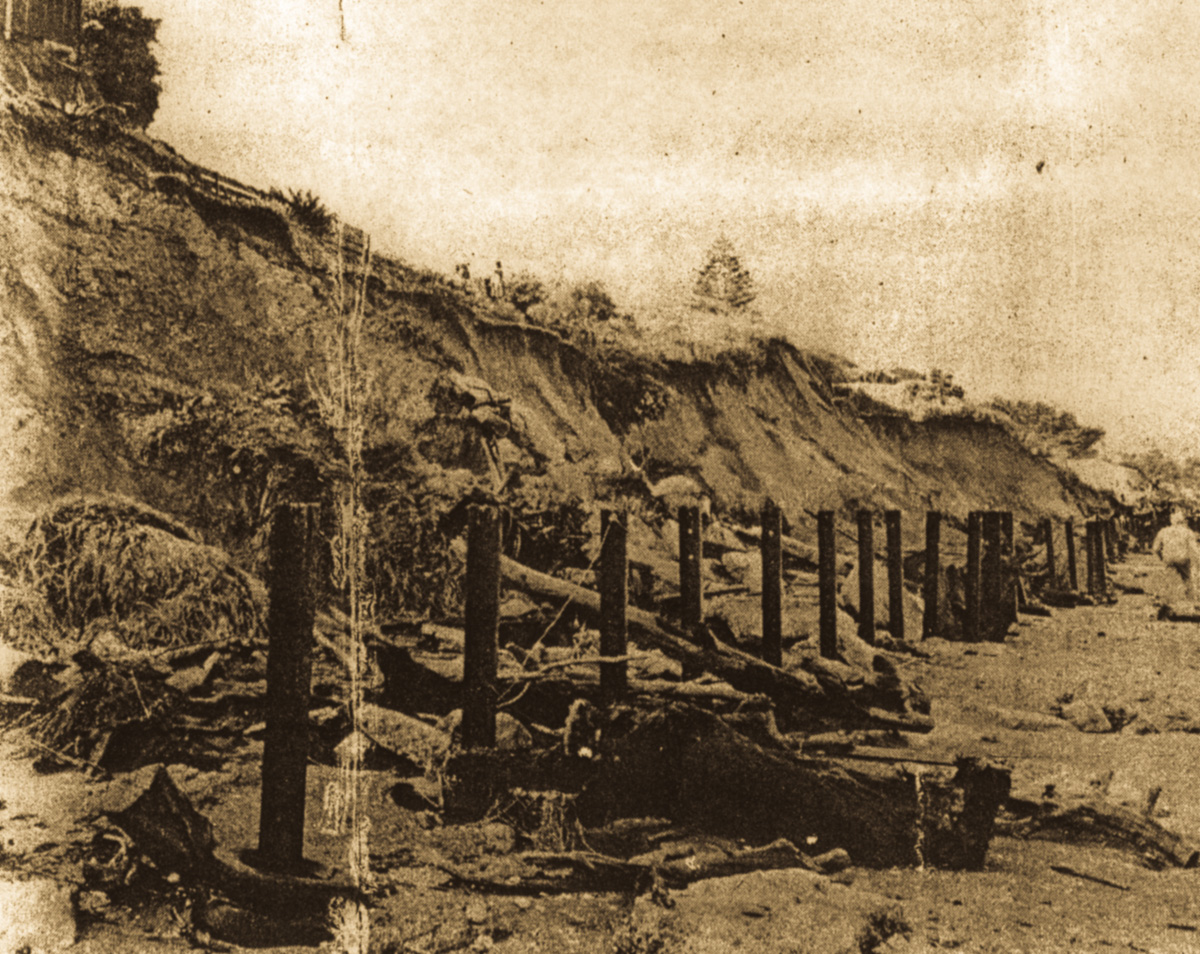