The Red House on the Hill

Home!! The red house on the hill above the QEII Park Raumati South entrance.

My parents bought the McKenzie Ave property off Jock McKenzie who farmed the area in 1962–63. From what we understand the whole house, which was added onto just after the War, was built in the 1920s. It was first started by Mr Patterson, but may have had another owner in between. Mr Father first saw the place by air, flying into the area as a wool buyer. He paid 4000 pounds or $12,000 New Zealand. The southern part of the house was the original house, it was added onto using timber and stuff from the camp, and macrocarpa branches used as dwangs. He told Dad he got the levels by looking across sea at the horizon. A council-held 1947 subdivision plan shows only this house down here.

The Catholic camp had a little shop, and a catholic retreat. It was all abandoned and derelict when we were kids (late 1960s/early 1970s) and the Catholic church was roaring in those days. A friends of ours, a Dutch architect, stayed there in 1951. My wife and I spent a lot of time up in the Northern Territory of Australia, the Dutch had flown into Broome on Catalina flying boats. Even then, just landed, they were bombed by the Japanese. Darwin town lost 250 people in raids. Those Dutch may have been billeted out here.

There was quite a self sufficient orchard there, and the camp had been abandoned for a few years. We loved running around it as kids, – there was still furniture in the huts, cards on the tables and broken windows. The farm supplied a lot of beef to the marines here during the war. The new house behind the old one is built on the site of the tennis court and under the old tree on the park side, the abattoir. On the other side there was another shed and a couple of those old army huts with the names of US marines still engraved on the walls. We don’t remember them being the same as the huts at the Catholic camp.

We found old helmets and shells and ordinan-ces in the park. Remember in those days it was only us, no tracks no people, we were seven and eight and this was our territory, we’d camp freezing cold under a bivouac. The old manuka forest is just about gone now, the whole first sand dune is gone now, it provided shelter for the manuka.

The whale in 1961, beached off Kainui St, was buried in that big first sand dune inside the park. About six years ago the bones were all exposed, but there is Maori protection over it.

As kids we used to play in Red River, (Whareroa Stream) riding logs down the big sand dunes and into the river. We never found any skeletons down there. We went for a tour a few years ago of the area of the dune and the pa. The Maoris here had a market garden they used to sell vegetables to the whaling stations, then they sold them to the Pakeha at Lynches Crossing.

A Mrs Stenson cared for the Raumati South Memorial Hall and tennis court. Our mother used to do catering for the local Lions Club at the hall and Peter went to kindy there. Our first recollections though are of great fun dinner dances held in the front house here, at McKenzie Avenue. The sound of “Swinging Safari” on the gramophone, and the clang clang of Harry Shaw doing the milk run on his horse and cart.

Jack Maloney, a crazy old sea captain, used to live up Whareroa Road and try to run us boys over in his Morris 1000. But we could hear him riding his clutch coming around the bend, and we knew to get out of the way. We have a photo of our sister aged about two walking around McKenzie Ave wearing nothing but red gumboots, and so were the days (and to their sister when you read this . . . aren’t brothers horrible!).

Picking up dad off the DC3s at Paraparaumu Airport (the BIG airport) was always a grand occasion, and we put our best clothes on for this. We were foundation pupils at Raumati South Primary School and went to Kapiti College. We remember when Kapiti Road was really bendy and Mum remembers there being no cars going past on it.

Our parents were Dutch and brought up in Indonesia. In Dad’s funeral eulogies, stories came out of his early life, Dad’s family were tobacco and rubber plantation farmers. They left Indonesia for Holland in fear of the Japanese invasions, but before the War. In Holland during the War my father was a translator for the Americans and worked in the underground. He was instrumental in gaining intelligence for the bombing of the bridge event portrayed in the movie A Bridge Too Far, and for four years lived deep in an abandoned mine shaft. Apparently it was far too dirty for the Germans to ever get their uniforms dirty looking in, so they were quite safe. A priest would arrange meetings behind his church during the Sunday services for young Henk and his mother. She would try to bring him a loaf of bread each time. He used to run across rooftops to escape from the Germans. At the same time Mum, living in the South of Holland, had vivid recollections of looking into her childhood Jewish friends’ faces as they were dragged screaming from the streets by the Gestapo.

This generation are soft now. But better for not having ever been there. The kids today are kinder to each other and talk and listen to each other. They offer each other support, and we offer them sunshine. The sea and the freedom to run and jump and play every day.

After the war Dad went to Ag College and Mum to Nursing School. They still hadn’t met, but Mum returned to Indonesia for a while. In 1951 Dad saw a photo of a New Zealand romney sheep in an Ag mag one day and decided to go to that country. He worked in a foundry first in Christchurch, then as a caretaker at Lake Ida during the winter. During the summer he worked on building the ski field facilities. At one time a double charge was accidentally laid – as the second charge went off, one of his gang, a local cow cocky, was killed instantly. His friend Hugh, another Dutchman, received serious facial burns and Henk had to run for help, many many miles away.

He became a wool buyer and met Betty during his travels. She had trained as a nurse in Holland and went to Napier Nursing in 1953. They married in a tearooms in Hastings and had three boys followed by a little girl. Once settled at Raumati, Betty worked as a district nurse and was also on the PTA at Kapiti College. Henk eventually gave up the wool buying life and purchased the now demolished dairy on Renown Road, next to the butchery behind Valhallah. Closing down the business in the mid 70s he then went into shipping, from which he retired in 1985.

We went to the All Saints Church and Sunday School in Glen Road and learnt how to weave flax into crosses and play bingo. We remember scrub fires in QEII Park in January and we used to help dowse the flames. We’d shoot rabbits on O’Flaherty’s farm, trap possums and sell pine cones at Guy Fawkes to help pay for firecrackers. 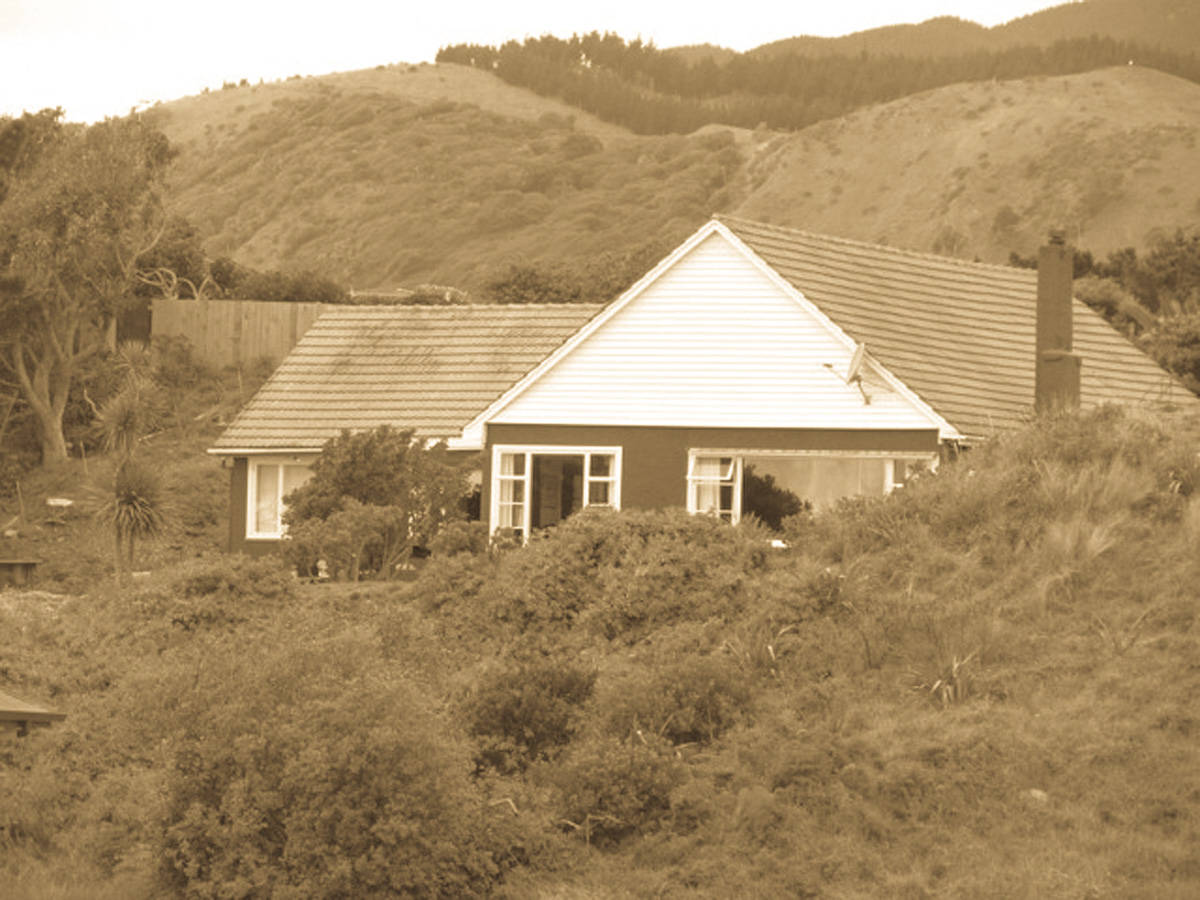 ← A Man of the Land The Turkey Eaters →