I have lived in Raumati South since 1941. We lived at Number 61 The Esplanade, before the sea wall was built and before the road was extended to Queen Elizabeth Park.

My parents knew Peter Head and his family who owned the Motor Camp, which is now Rainbow Court in Jeep Road. The Christian School and Church is also built on what was his land.

The Esplanade was a blind street then, ending at house number 64. I can remember walking through the long grass and flax bushes with my mother to have morning tea with Mr and Mrs Head.

The Esplanade was extended, also Jeep Road which joins on to it.

I went to the first kindergarten, run by Mrs Cook and her daughter at Number 20 Poplar Avenue.

I also went to Sunday School at the corner of Kainui Street and Tennis Court Road. This was before the church was built in Poplar Avenue.

Before the sea wall was built, you could walk or drive along The Esplanade and not get a clear view of the sea. On the sea side of the road there were high sand dunes, planted with pohutakawa trees. A retired lady called Miss Fitzgerald who lived on The Esplanade did a wonderful job of planting gazainias, ground cover plants and bulbs. These plants, along with the pohutakawa, gave a lovely colourful show all year round.

I remember my father telling me (he was a carpenter by trade) that Miss Fitzgerald employed him to fix some cupboard doors. At 10 o’clock that morning she made them both a cup of tea. My father asked did she mind him smoking. “Not at all,” she said, “I’ll have one too”, and she sat there and smoked a pipe!

There was a dairy on The Esplanade owned and run by Mrs Nesbit and her sister Ada Grimes. This was at Number 25, the shop was on the ground floor and they lived in the flat above.

Behind the dairy in Kainui there was a bakery, cakes, bread, buns etc.

I can remember the Kawatiri Guest House owned by Mrs Eatwell. When I was at College I worked there in the school holidays as a waitress. The garden surrounding the place was lovely. Steps with small fishponds on either side led down to a lawn shaded by a huge oak tree. Janet, one of Mrs Eatwell’s daughters, was a ballroom dancing teacher and taught both my husband and myself. 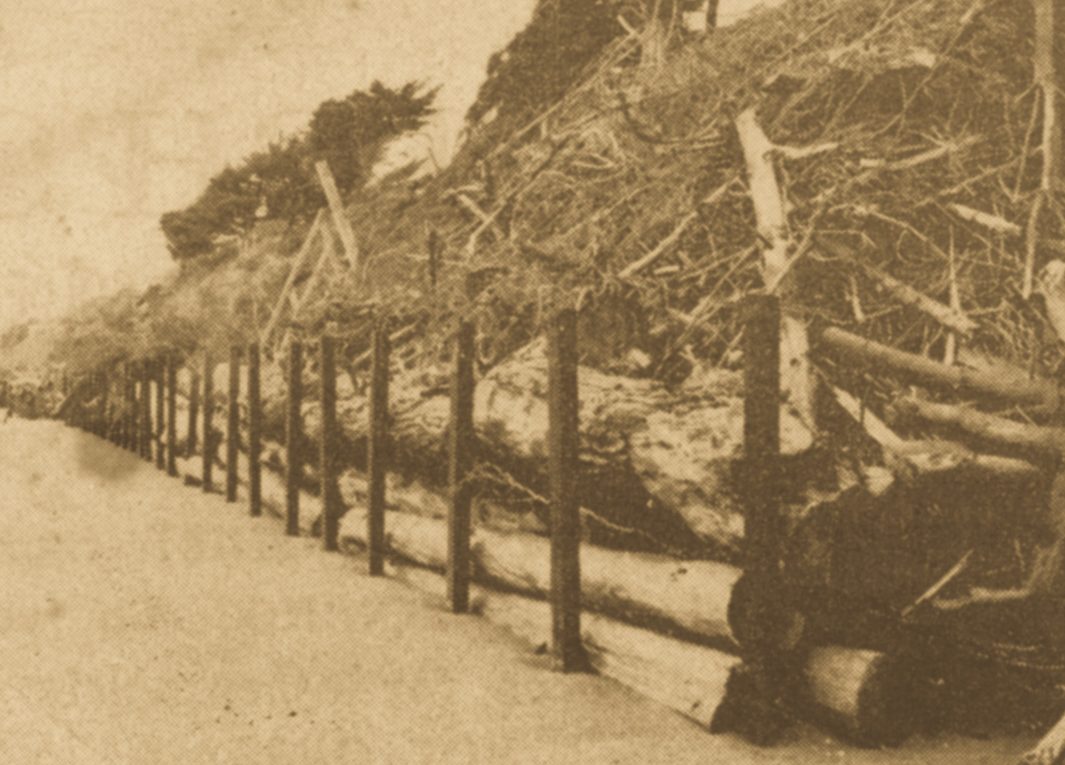 A Raumati South sea wall. These railway irons are sunk 10 feet into the sand, behind which logs are packed, all of which serves to dissipate the energy of the waves. Kapiti Observer.