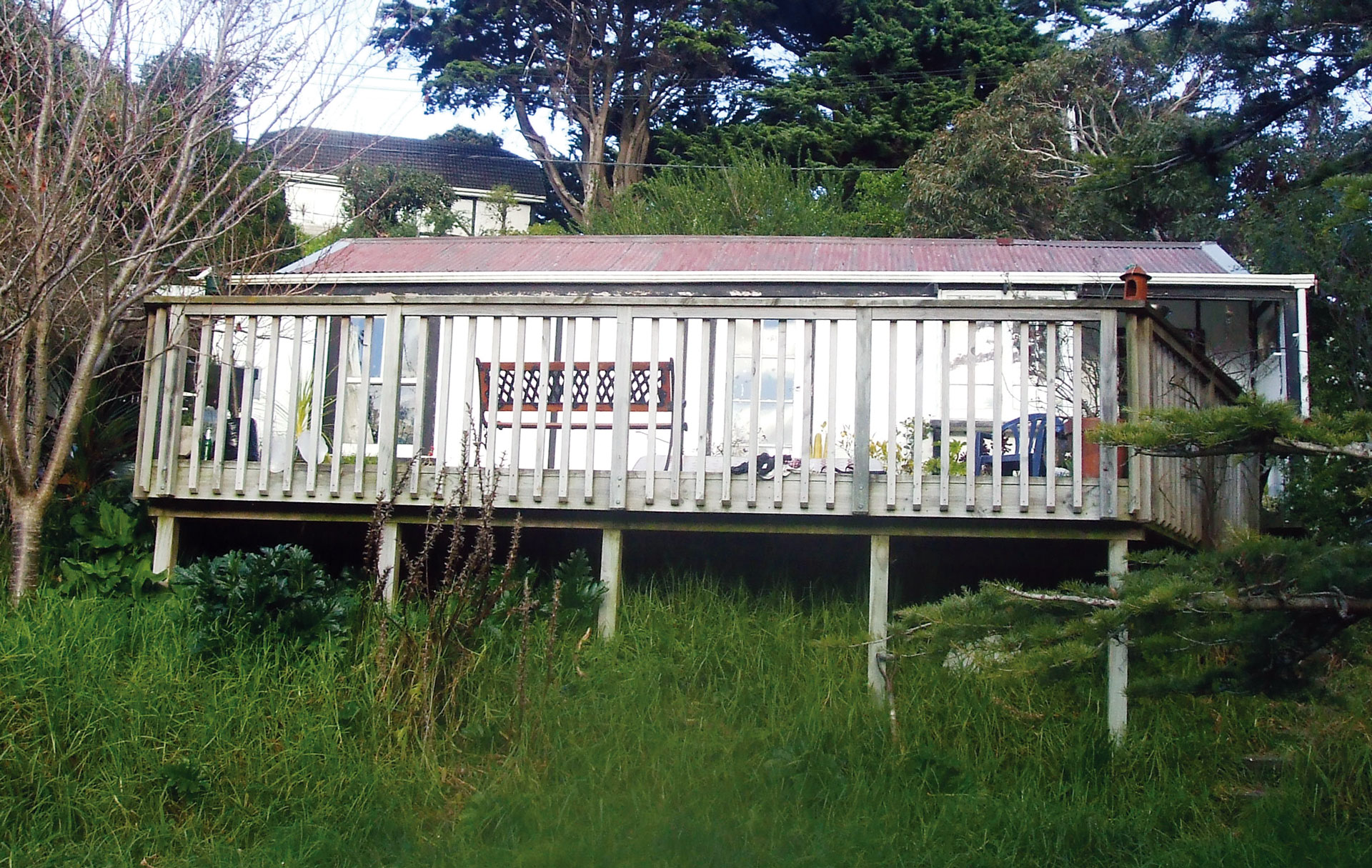 This is the earliest known building in Raumati South. It is still occupied at No 6 Glen Road. Built by the original landowners, the building and surrounding farm was bought and occupied by Mr George Cripps in 1912. He had moved to the area for his retirement after a lifetime spent farming at Waitotara near Wanganui, where he and his wife raised 8 children. George, an accomplished builder, handmade the existing window and door joinery and mantelpieces. They are identical to those in his parents’ cottage at Seven Oaks Farm near Castlepoint in the Wairarapa. There is no record of when he moved to Raumati or why, or if his wife Leah came with him, but both were still alive in 1923 when records show that his niece Lillian and her husband Bert Eatwell moved into the home from Nelson and purchased the farm. Later the farm was subdivided, making up the bulk of Raumati South as we know it. George retained a small piece of land and built himself a new cottage opposite the south end of Matai Road. The area is now a small native plant reserve. He lived here until passing away in 1943, aged 90. 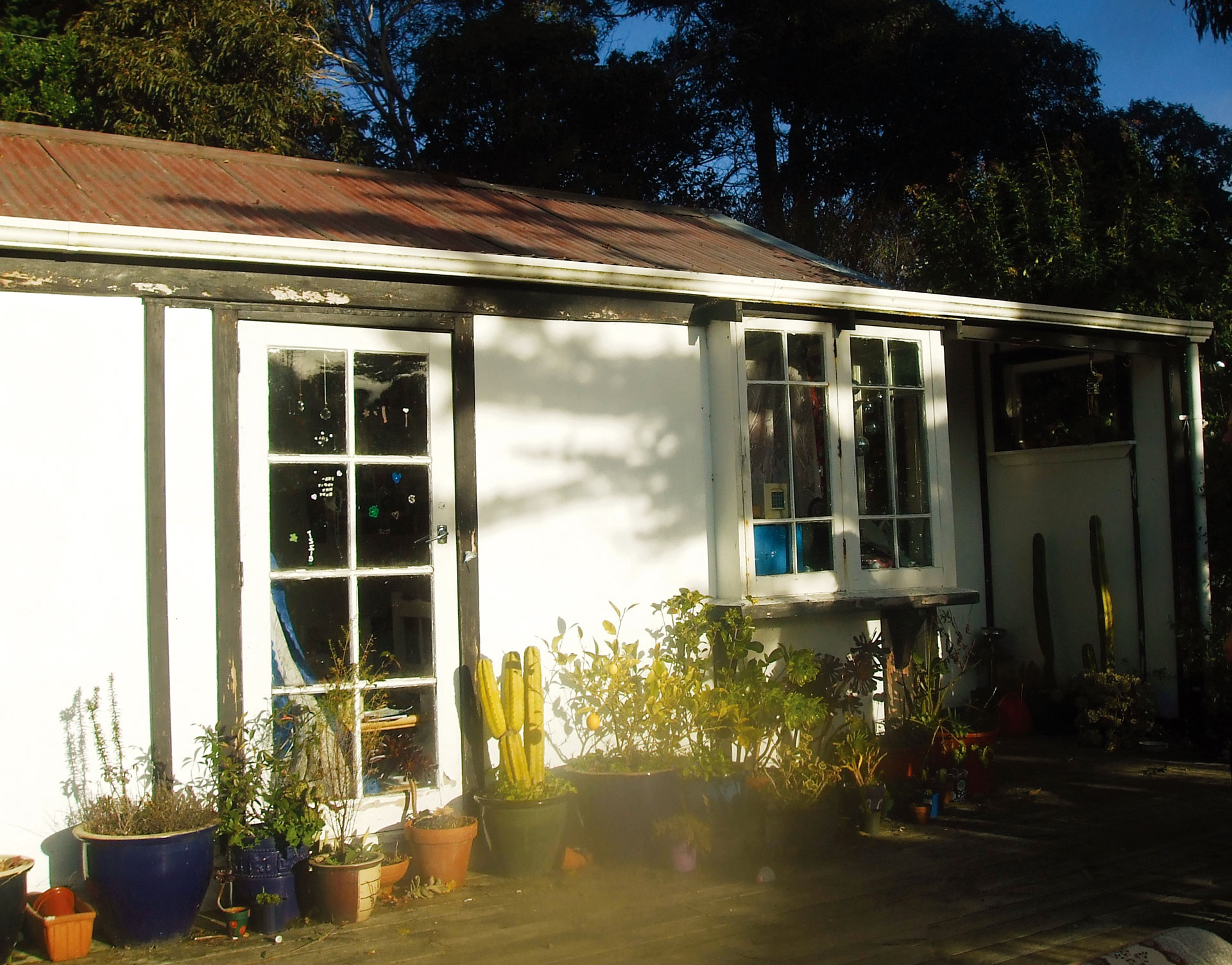 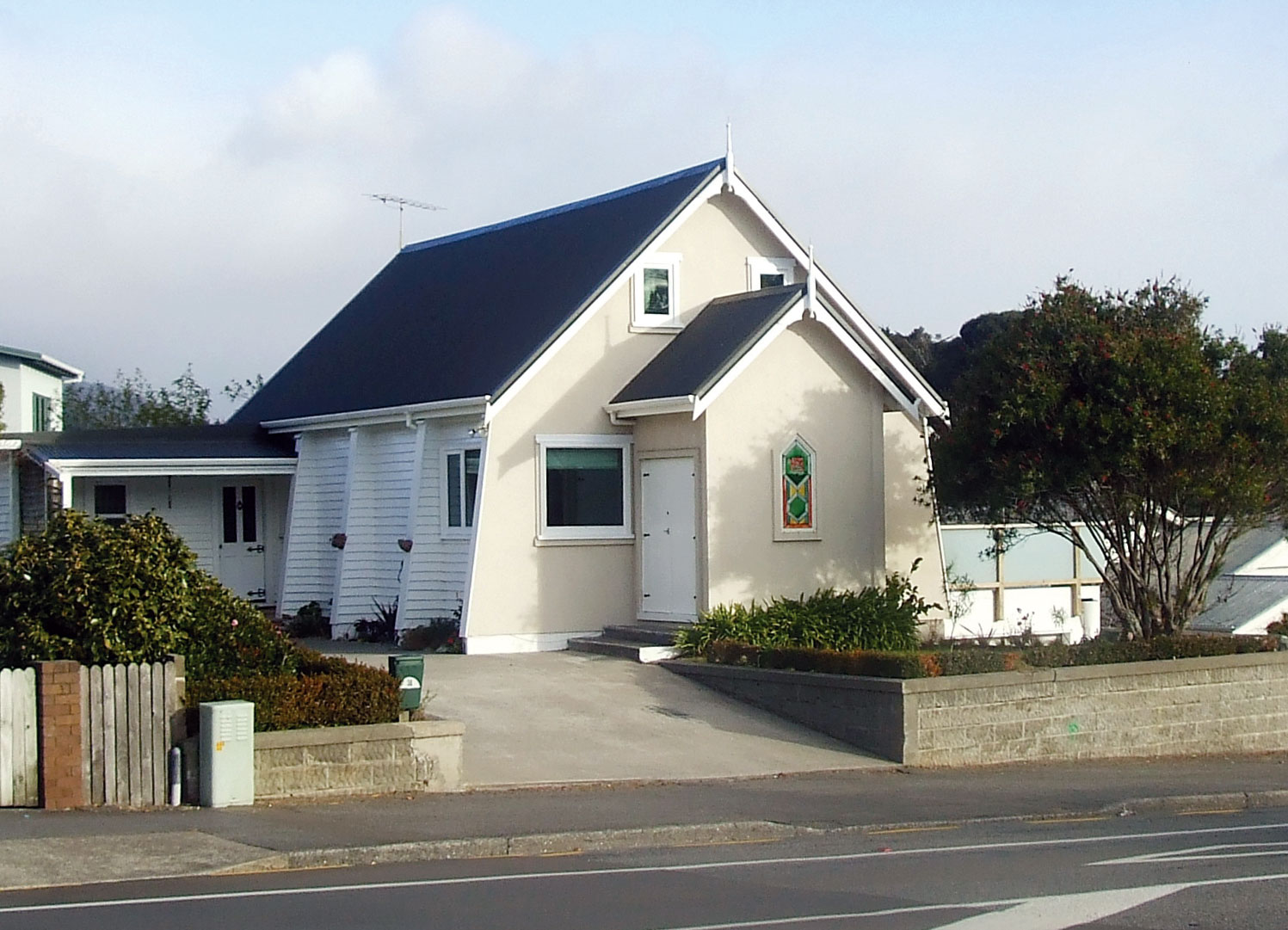 The restored St Andrew’s church, known as St William’s by the Sea, is now a privately owned residence. Its attractive façade greets visitors to the heart of our tiny Poplar Avenue retail area.

Te Ra Waldorf Steiner School, Poplar Avenue. The school includes a kindergarten and baby play group where teaching is based on Steiner principles. It is one of three primary school options available in the area now. 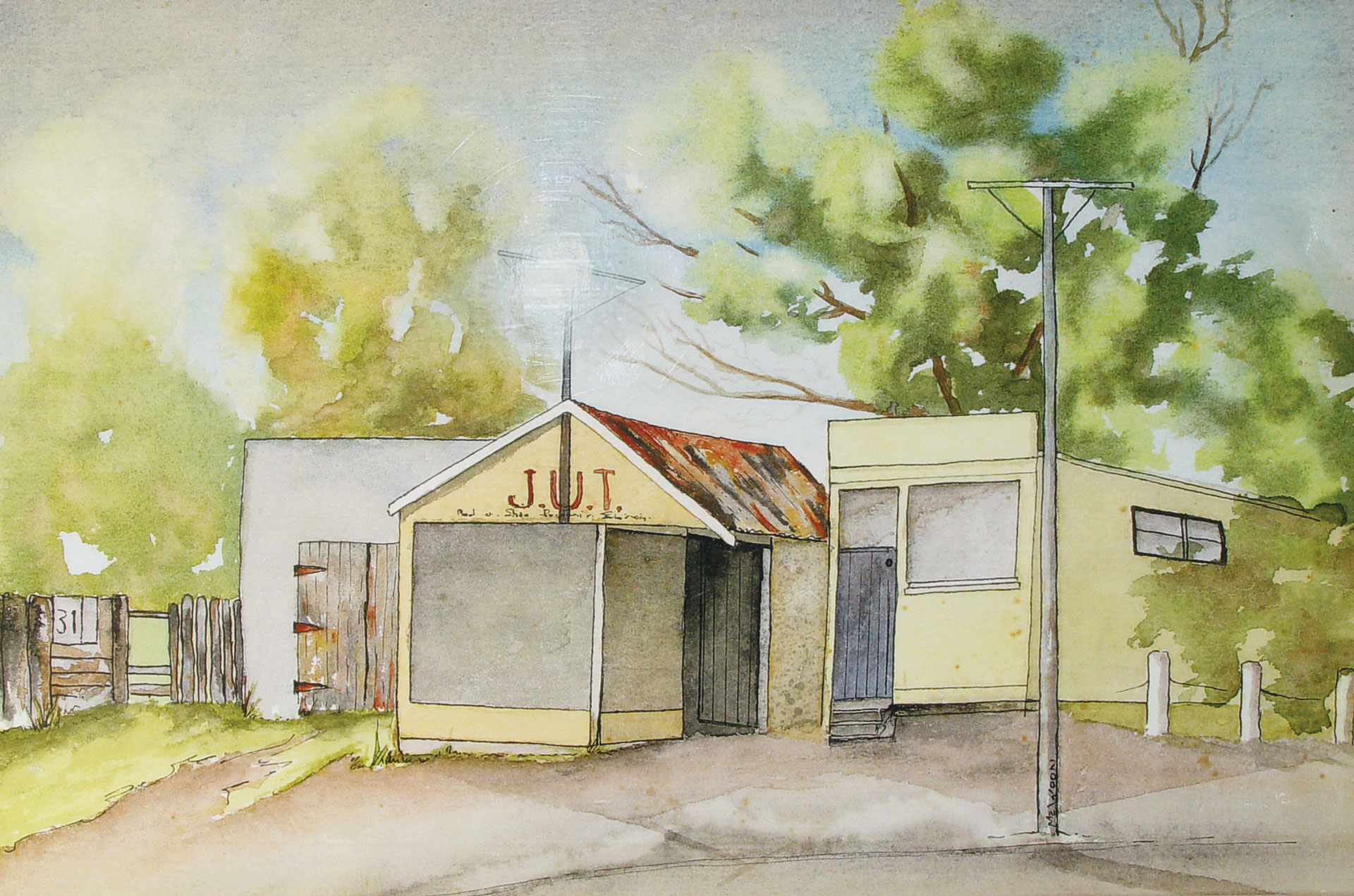 Margaret Woon: This building used to sit near the top of Poplar Ave at the corner of Glen Road, so it was part of Raumati South shops, just where the two flats are now. It was the old Post Office and what used to be the butcher shop. The CBA bank was in the building at one time according to the old barge board seen in the 1980s painted with the logo. Eventually the building was just the front piece and Mr Jut fixed shoes there for many years. This painting is by resident Margaret Woon.
The Woon family first moved to Raumati South from Wellington in 1946. They went to the little house next to St Andrews (St William’s by the Sea) on Poplar Avenue until their house was built on top of the hill on the Matai Road end of Tiromoana Road in 1946. We could look down and see Harry Shaw the milkman coming along Matai Road. The butcher cart used to also come along each week and we went down to buy the meat. Margaret was a member of the CWI which was run by Mrs Wakelin Senior. Mrs Graham, a very musical person, ran the Raumati South Choir and we used to really enjoy that.
Her parents built a house next door and the Du Fresnes were next door. Some time later they moved to the north end of Glen road. Margaret now lives on Seaview Road, Paraparaumu Beach.
-Jacqueline Elliott
The picture shows the CBA Building on Poplar Ave 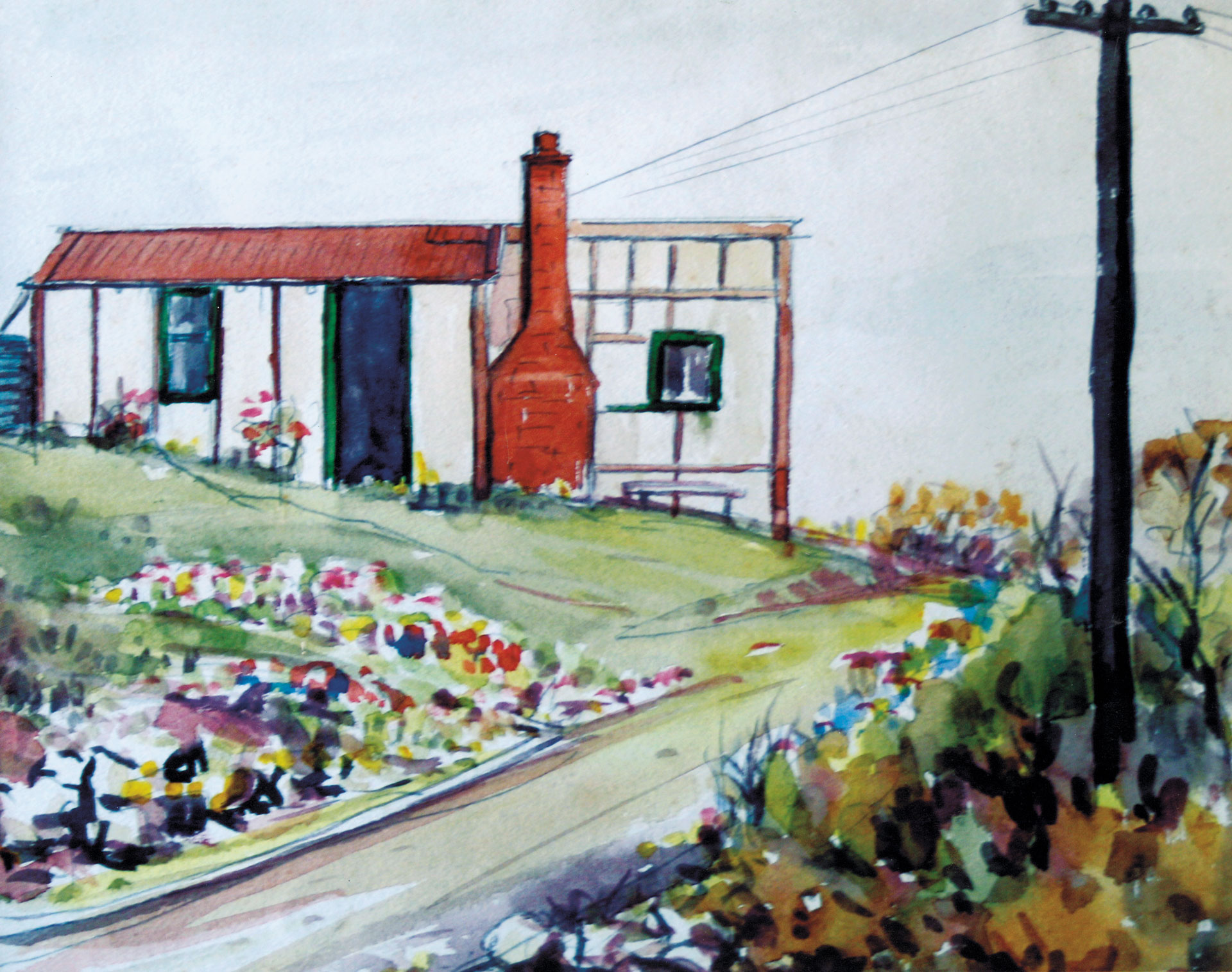 Hoby family bach, built in 1919 of asbestos sheeting, unlined with a tin roof. No drainage, a rainwater tank and a long drop toilet. Son Arthur never forgot the summer a brick chimney was added and he had to cart the bricks by hand across the sandhills from the end of the road some way down Poplar Ave. It was on top of The Crescent. The Ahern bach which was identical and built 100 yards to the north became Kawatiri Guesthouse.
Contributed by Katharine Robson