Peggy, daughter of Harry and Margaret, was born in 1932 on the family farm at what is now Matai Road. She had two sisters, Jean and Caroline, and a brother, Henry. Harry had rented the Patterson farm for a while before buying it. For many years prior, the first owner George Cripps farmed the land, before subdividing it up. The Shaw family milked a very productive dairy herd of sixty beasts. Harry also bred not only the cattle to supply their own herd but he also had a reputation for raising very fine dairy cows from his stock. The breeding programme was therefore an important part of the farm work.

Harry’s greatest claim to fame was his daily milk rounds by horsedrawn cart and later by truck. During my time interviewing I have yet to come across anyone resident at that time who does not say, “Well, I remember Harry Shaw and his milk cart.” Harry’s son-in-law Ray eventually took over the milk run.

When they first moved here, Poplar Avenue was just paddocks. 105 Poplar Ave, a three acre block with an orchard, was where the family first lived, in two little army huts, for twelve months while the first family home was being built. They eventually subdivided the property twice.

Arthur Hyder bought all the land down by Leinster Avenue, which was named after his hometown in England. Eventually they sold all the sections for ten pounds and under, hoping they would all be bought by returned servicemen. Thus Leinster Avenue was formed. Sydney Crescent was named after Arthur Hyder’s son who, sadly, didn’t return from war. The poplars on Poplar Avenue were planted by Mrs Hyder to remind her of England.

The Shaw family stayed on the farm, now largely the bulk of Raumati Estate, until Harry’s death in 1979. Mother Margaret passed away the following year. Until then, according to Peggy, the single greatest change to life on their farm was around 50 years ago when the government contacted the family and asked them to destroy all their stock as the land was being taken under proclamation for roading purposes. Do you know, a few months later, the government changed their mind and said they wouldn’t be needing the land after all. Harry never ever went back to dairy farming and instead ran sheep and a piggery on the property. They also raised flocks of ducks to sell both the eggs and the dressed duck poultry.

A well known feature of Harry’s farm was the Black Swamp, a large landlocked black lake. The track around it was made by many years of the old Maori driving wild horses down from the hills and around the swamp to capture them. Harry considered that perhaps a shovel was all that it would take to drain the thing, and so one day near the boundary to Fidgets Farm he jumped off his horse and started digging. It didn’t take long, but very soon he was running to escape the torrent of water escaping and the black swamp was no more. Harry spent many years after that digging canals and trenches to drain the land, although perhaps not always with a shovel. It seems strange to Peggy now that in the new Raumati Estate, on the farm land, new little ornamental lakes have been made where the swamps were.

Peggy grew up with the Eatwell twins, and played with Aileen Jack, their cousin from the next door farm. She remembers walking down the south end of Matai Road and visiting the very elderly Mr George Cripps at his house on the QE2 side of Poplar Avenue, the land he had farmed all his time there. The family attended the combined denominations church at Poplar Avenue, now “St Williams by the Sea’’. Children had Sunday School lessons there and family members married there. In the 1950s St Andrews Church formed a choir called the Raumati South Choir, and all the local residents who could sing, sang in the choir. All the committee meetings, Plunket, Plunket mothers, CWI were held in St Andrews until 1952 when the Raumati South Hall was opened.

Raumati South Memorial Hall was a very used building. It hosted many functions in the area. The first wedding was Peggy Shaw’s. The first ball was in 1952 featuring the Highland Pipe Band, and all the Highland Band balls continued to be held here until moving to the Paraparaumu Memorial Hall. Our hall featured a long balcony above, from which you had a grand view of the ball below.

The council gave a little block of land in the far corner of the hall grounds for the Plunket rooms. Muriel was the president for Plunket, and they worked for five years to build the little rooms. Mr Cottle (MP) opened the rooms and the first baby weighing was carried out at the opening ceremony. Unfortunately a photograph of the event has since gone missing from the Plunket Room walls.

In later years Peggy worked at the little old Post Office at Paraparaumu Beach where young Michael Buckley was a telegram boy. Peggy remained there until the Post Office moved to its more well known site at the corner of Maclean St and Seaview Road. Peggy is now a resident of Marton.

The picture below of her wedding featured in the Evening Post:

Contributed by Peggy Johnson (née Shaw) and from an interview with Muriel Shaw by Jacqueline Elliott. 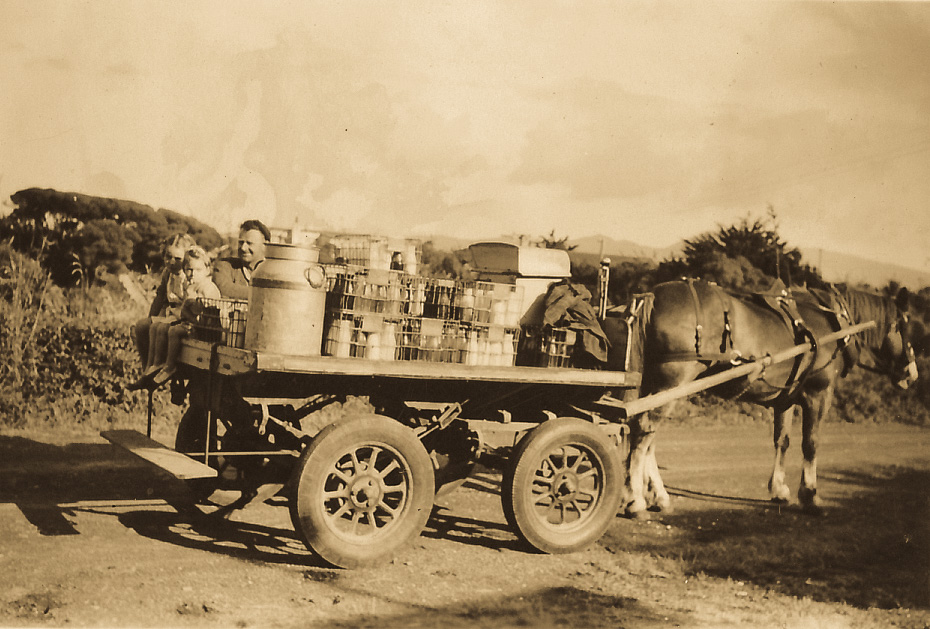 Harry Shaw in the early days of his milk round. Children would get up early to ride the cart. Contributed by Doris Scott. 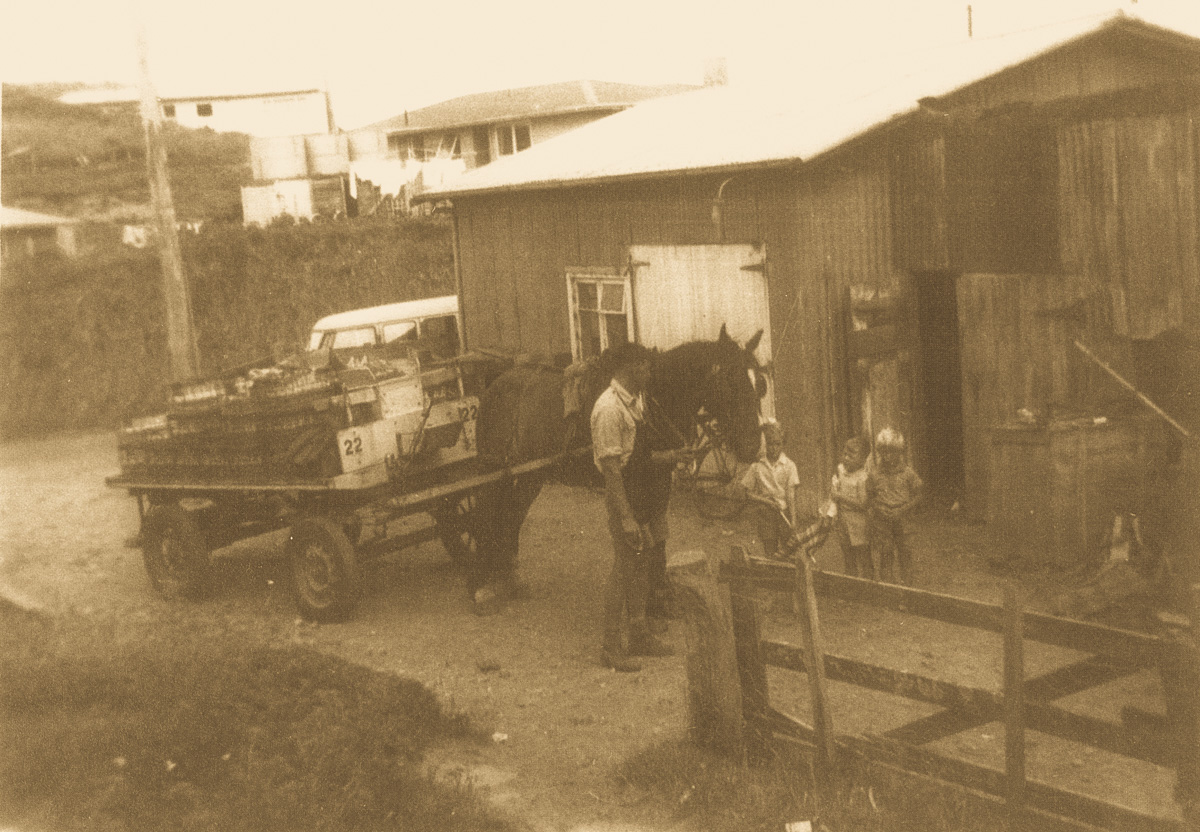 Ray Johnson with milkcart on the entrance to Harry Shaw’s farm, which was on the left halfway down the S bend north of William Avenue. Contributed by Peggy Johnson. 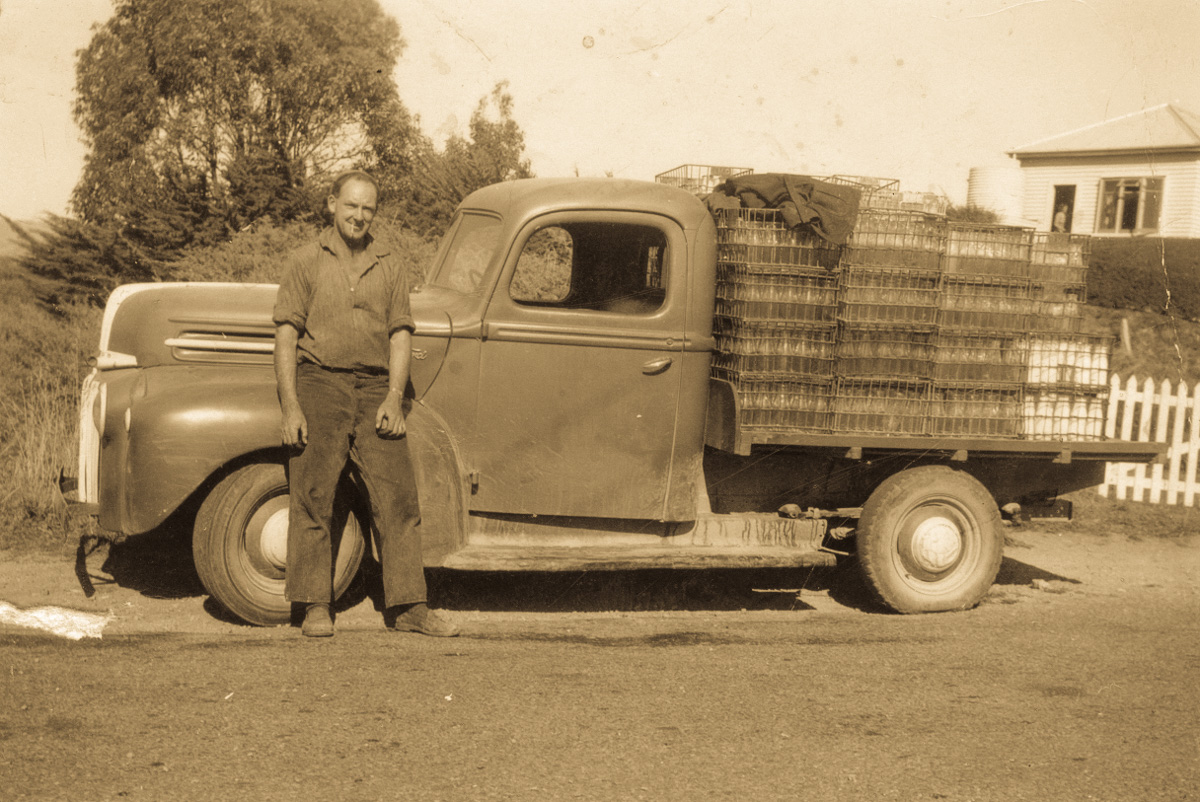 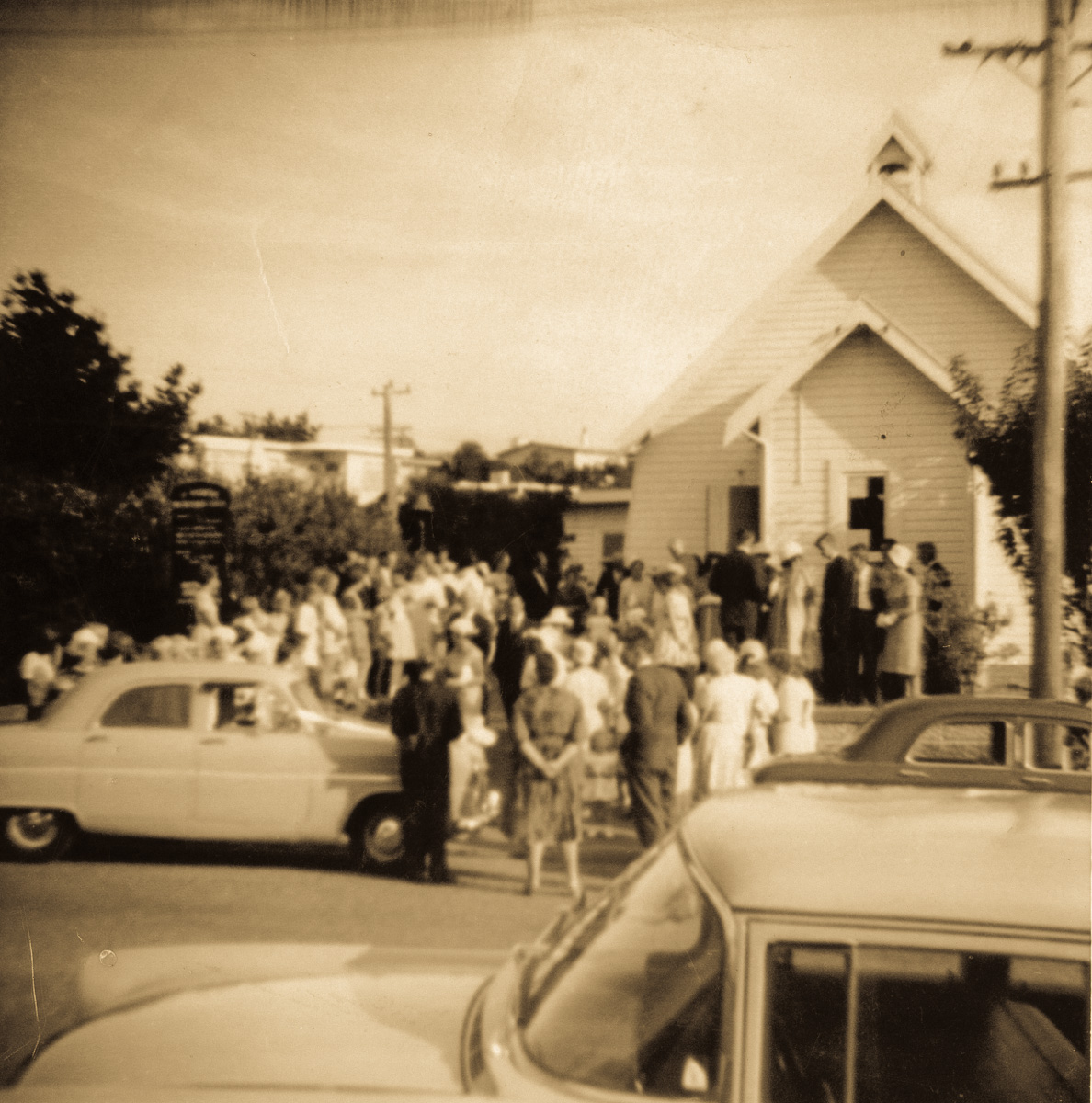 One of the Shaw family weddings at St Andrews Church. Contributed by Peggy Johnson. 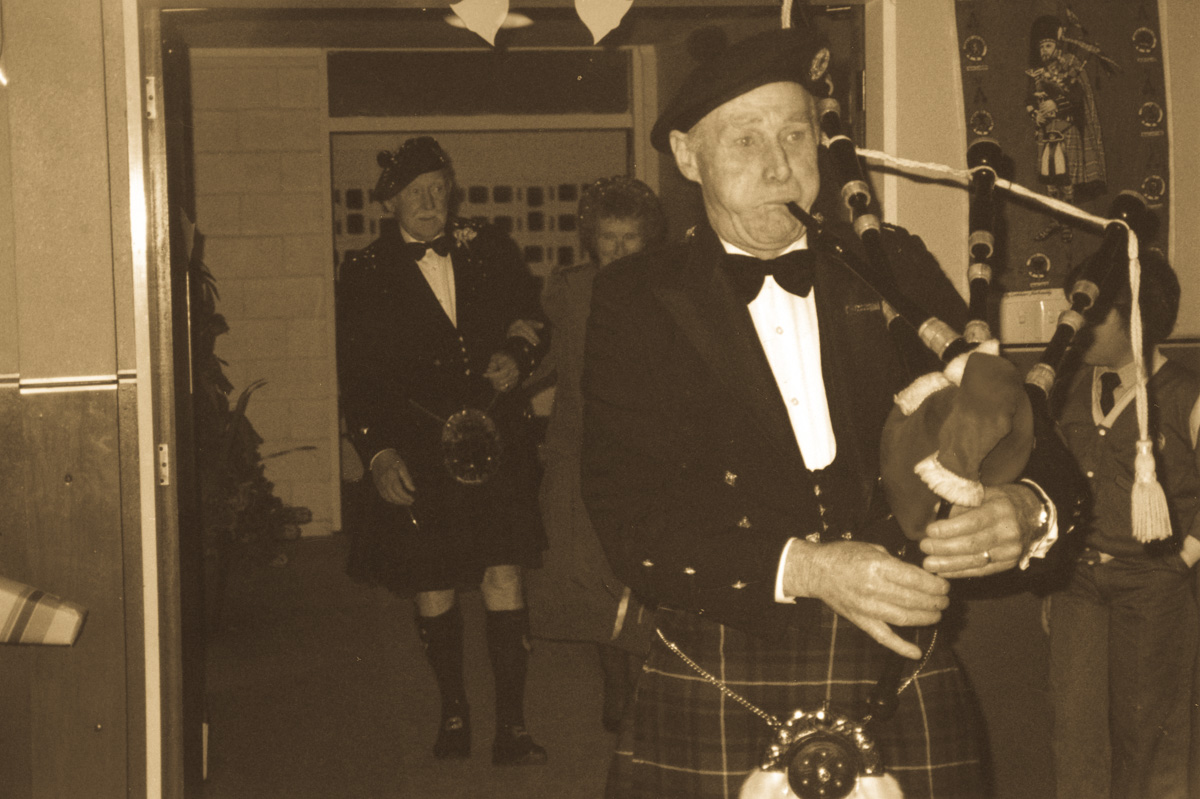 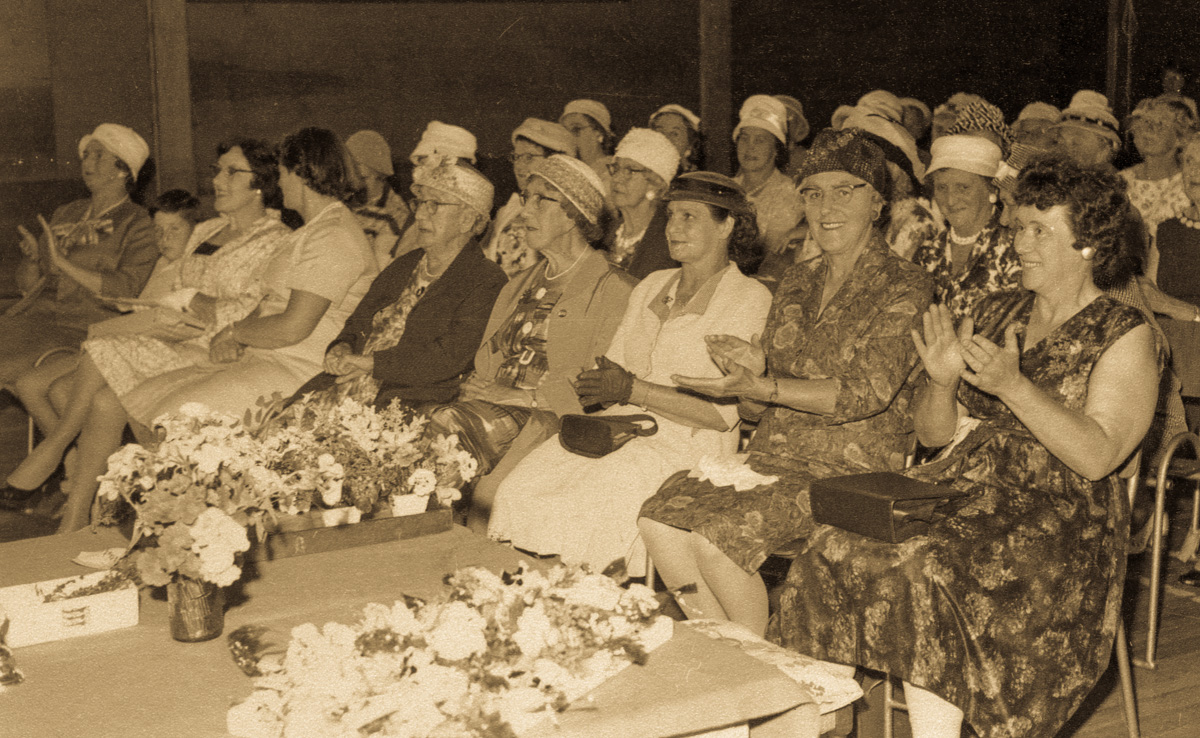 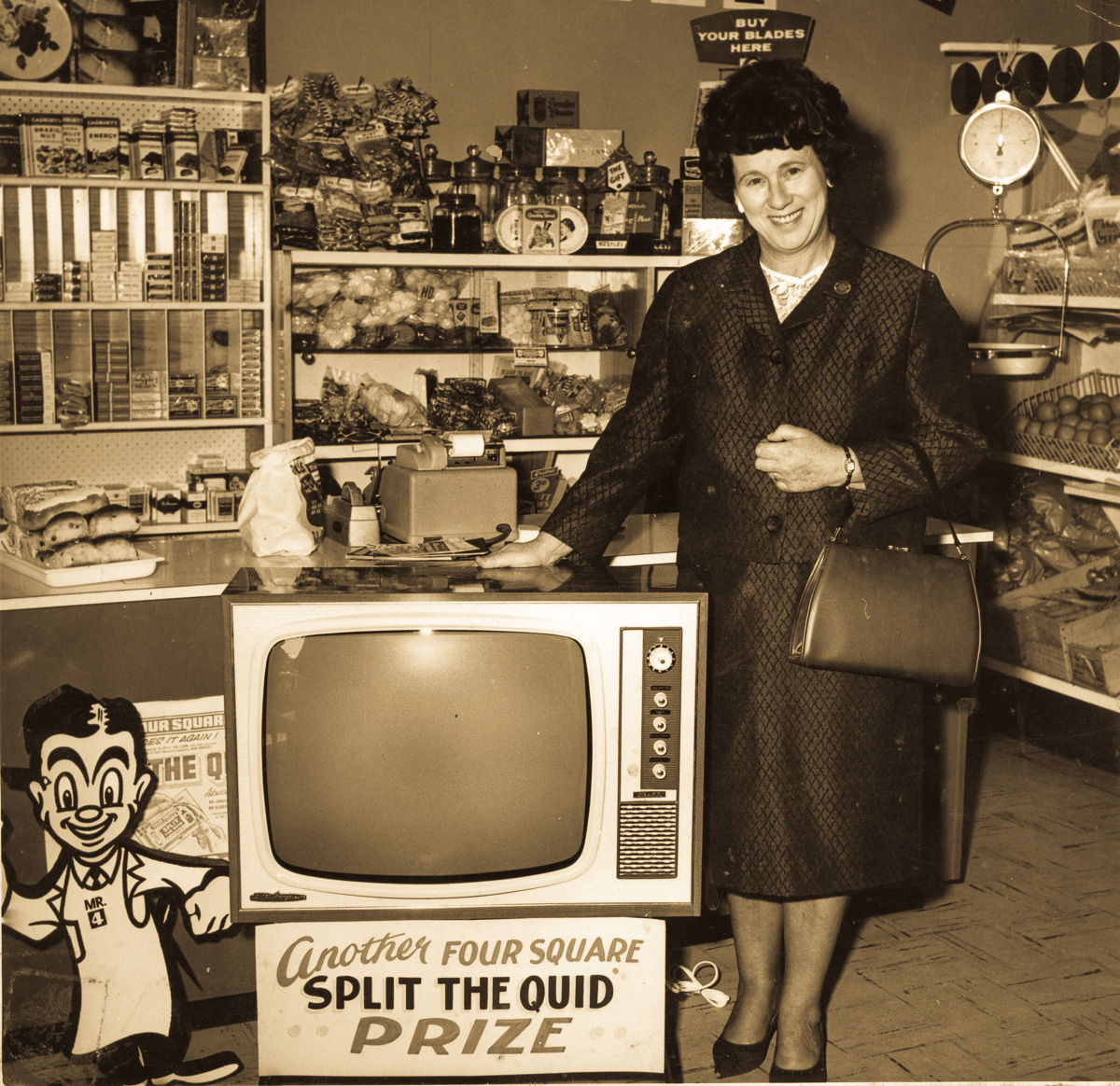 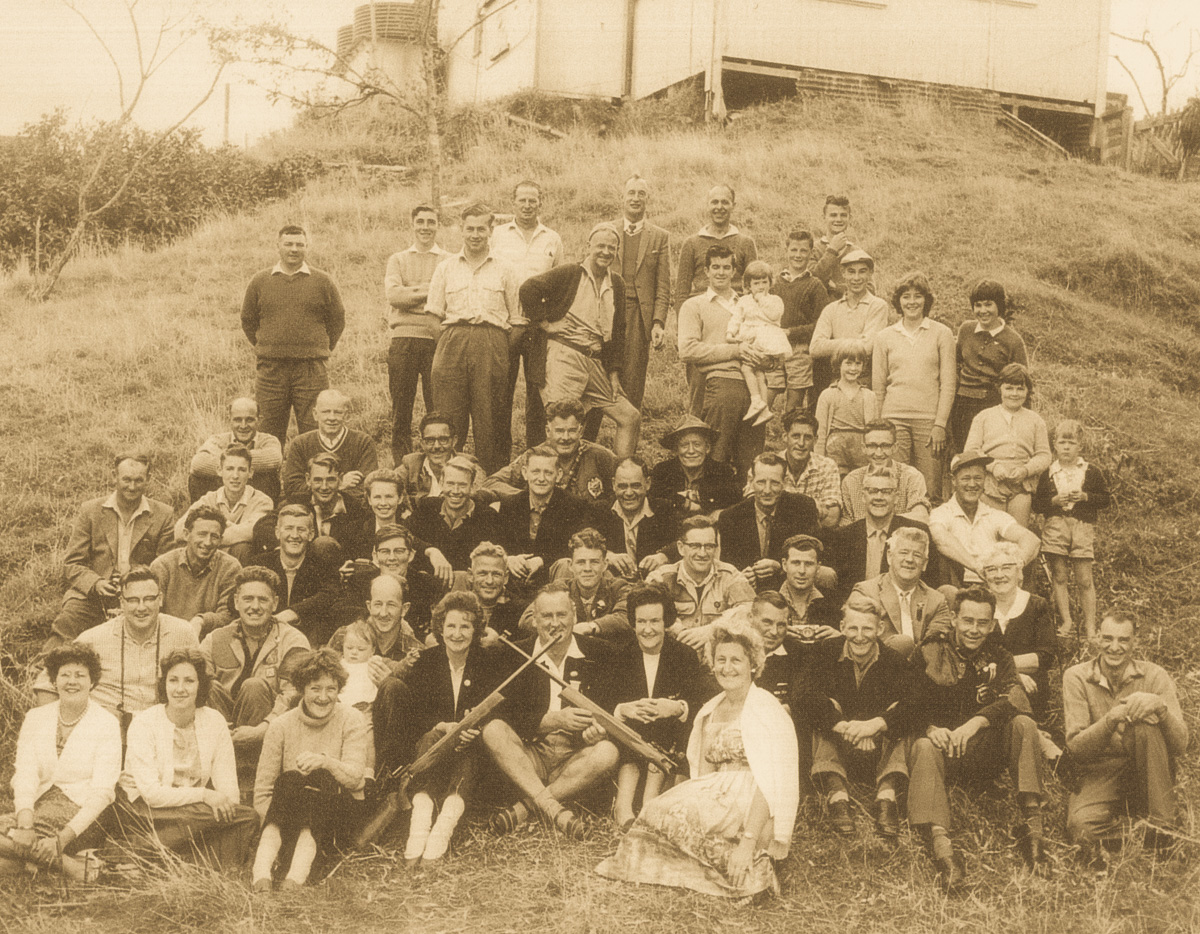 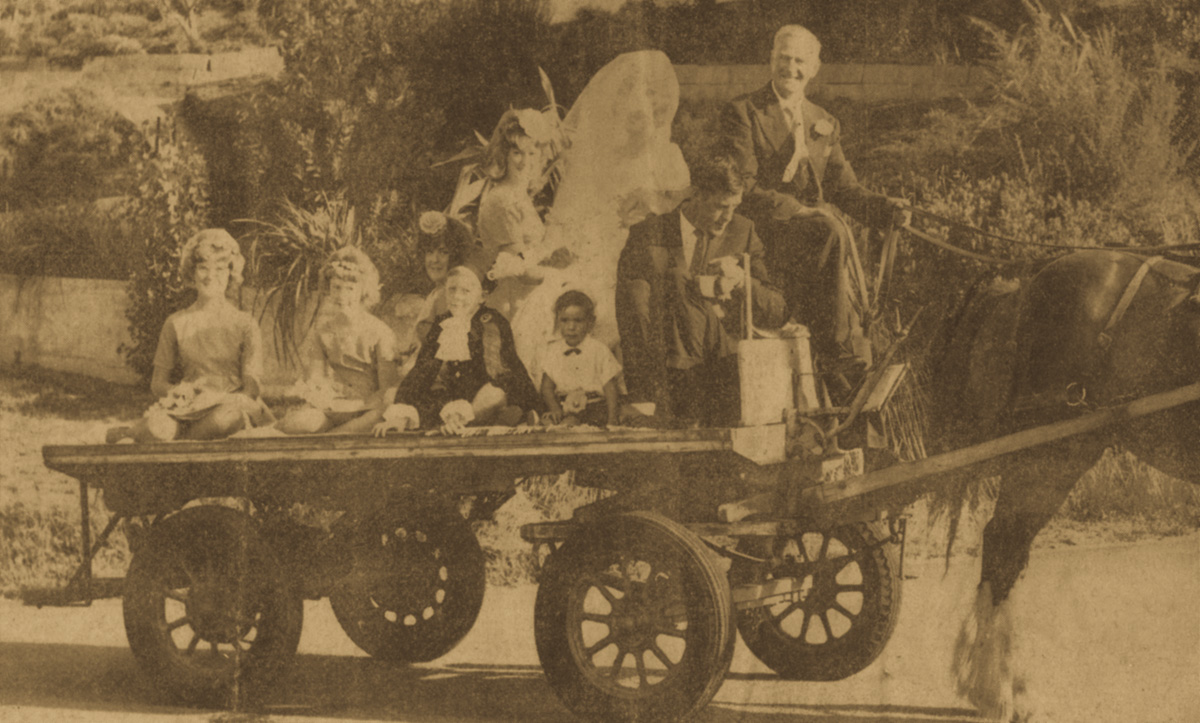 This bride had a most unusual way of going to her wedding last Saturday, being “forcibly” transferred from a taxi to this milk float while en route to the church. The bride was formerly Miss Jeannie Shaw, of Raumati South, and was on her way to marry Mr Lesley Bentley, also of Raumati South, at St Andrews Church. Source: Evening Post. Contributed by Peggy Johnson. 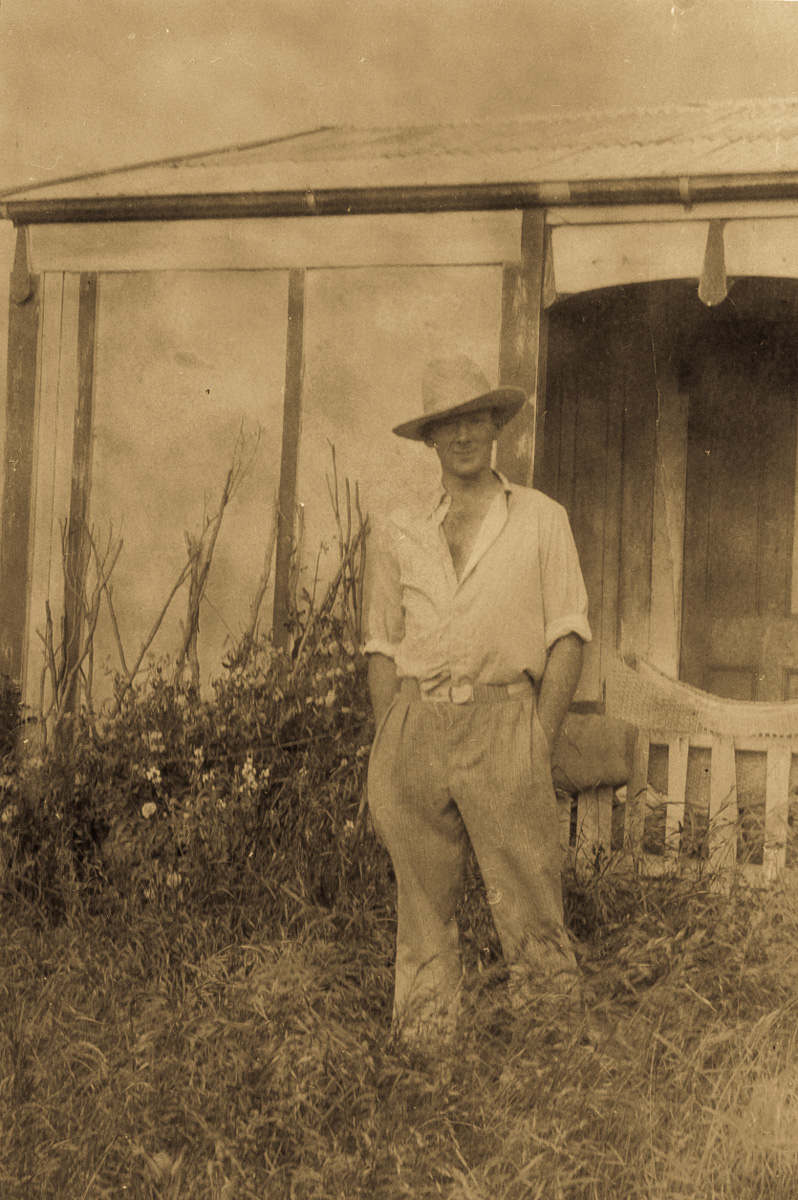 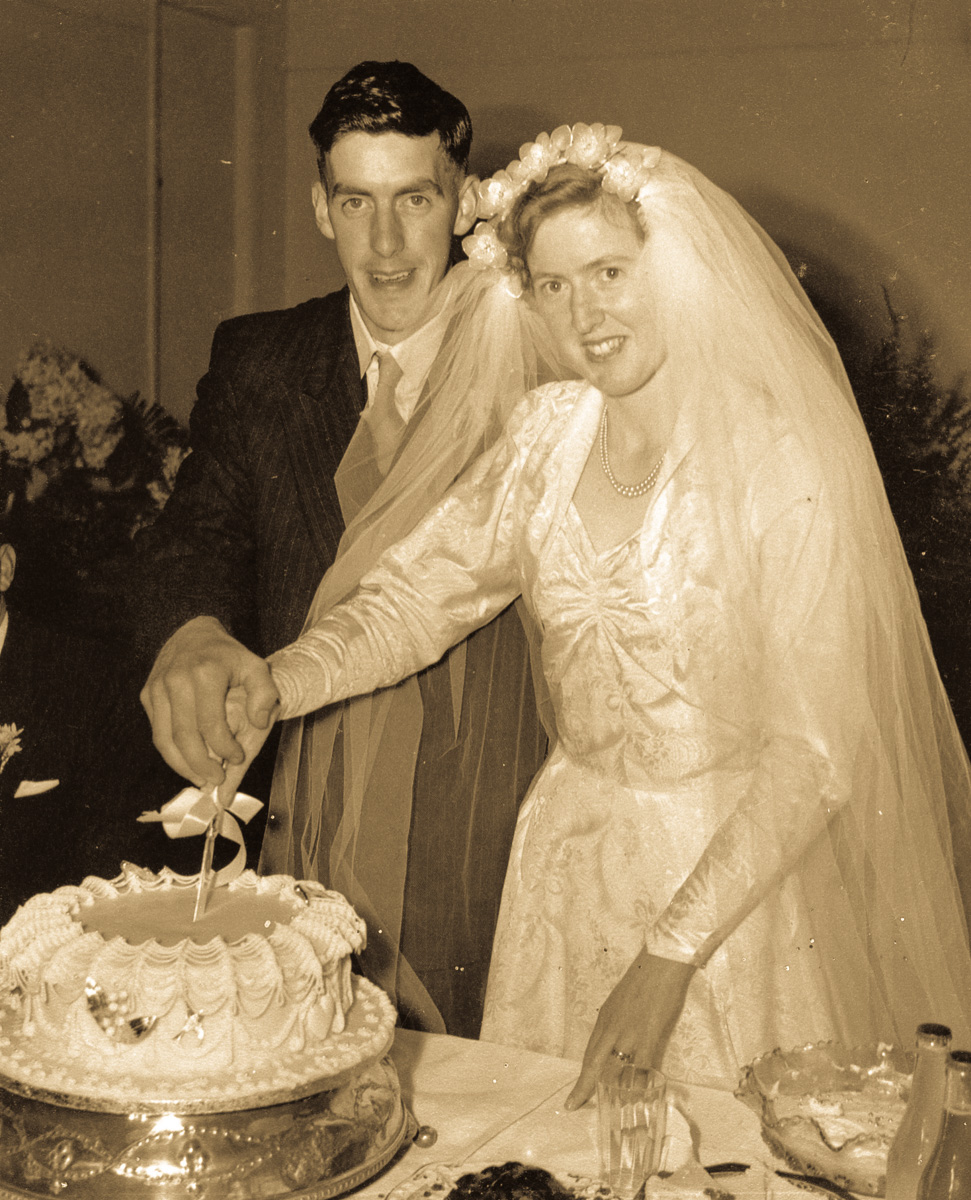 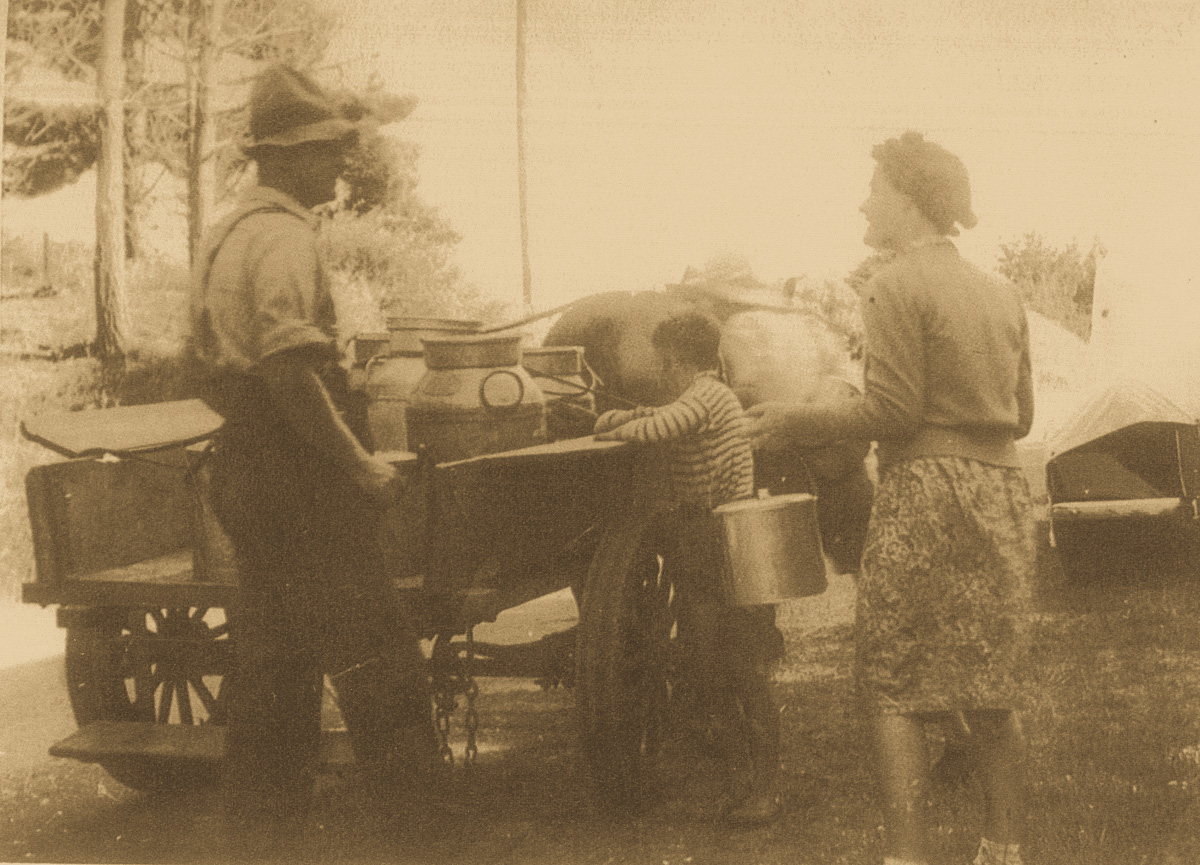