Harold Ahern and my father Hubert Hoby bought 60 acres, the nucleus of which is central Raumati South, off Mr D Hyde. We drove into his farm to the end of the road and had to walk the last mile or so to the beach. When it came time to build our whares,
everything had to be pulled by sledge across the sand hills. After Mr Ahern gave up his share of the property to Mr Eatwell, the whare was added onto greatly. Our whare was 100 yards south on the rise. Joan Sherley’s big family rented our whare, they used to live near us in Wellington.

Both whares had asbestos sheeting walls and corrugated iron roofs with no lining at all. We had oil lamps and a long toilet in the bush. Our rainwater collected in a tank.

Our family would include grandparents, aunts, uncles and cousins. We would always bring people up to stay from Wellington too. I remember a little old lady mum had brought, who was very poor and had never in her life had a holiday as such. She had a screaming fit one night when two possums jumped on the tin roof above her bed and scampered around. The noise was terrible and she was terrified. I remember it being funny.

We used to sleep under insect nets, had netting across the windows and burnt citronella oil to keep away the insects. If we got hurt, too bad, and insect bites were always pretty forgotten about. A soak in sea water could cure just about anything, although I do remember that during our first summer there, Christmas 1920, the whole family spent the whole time very sick with whooping cough.

We used to bring all the food supplies and carry them in as we were never there long enough to establish vegetable gardens and didn’t grow fruit trees either. So we relied pretty heavily on the drag net. We would set it out in the sea, and we could always get in the flounder or sole. But not many crabs. I remember one day pulling in a very heavy net with a fifteen pound snapper in it. I was taller than my mother so always got the deep end. My parents could both be described as very enterprising and adventurous.

My father was a dentist and he used to leave on Sunday night or Monday morning for the two hour trip back to Wellington to the practice. The sand hills in those days were just rolling with lots of flax, toi toi and scented lupin. The beach was so uninhabited that if we saw anyone there we went and asked where they came from. There were no trees anywhere until Dad and Mr Eatwell planted pines around the place to sell the firewood. There was a natural sheltered hollow on the way up the track to the whare where we used to build forts and have the most wonderful game playing area.

In later years as Mr Hyde sold more land more houses appeared and a little store at the corner of what is now Kainui Street. The last time I was there before my father sold his property was 1950. He and Mum decided not to retire up there and instead went to Stratford. So the property was sold. I became a teacher at Queen Margaret’s College and I still keep in touch with Joan Sherley, once a student of mine. 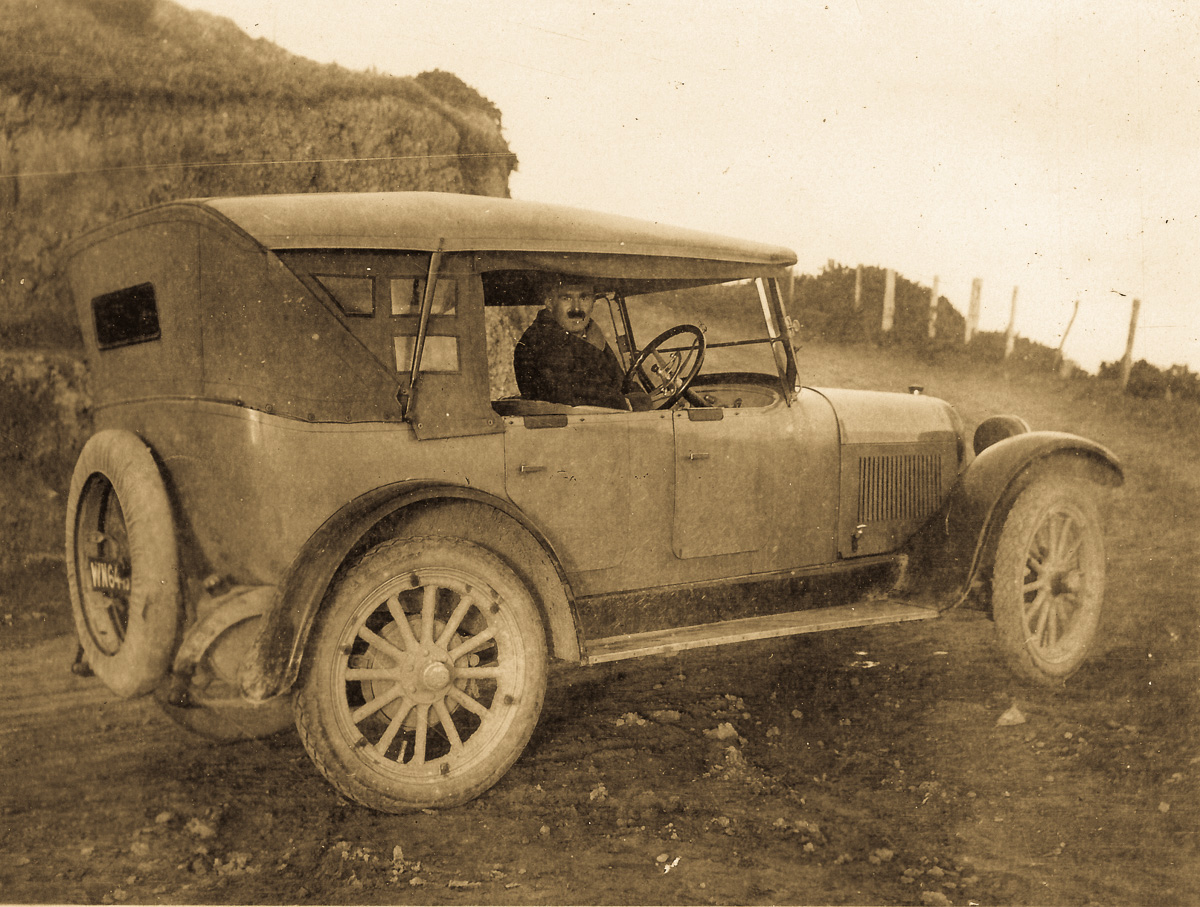 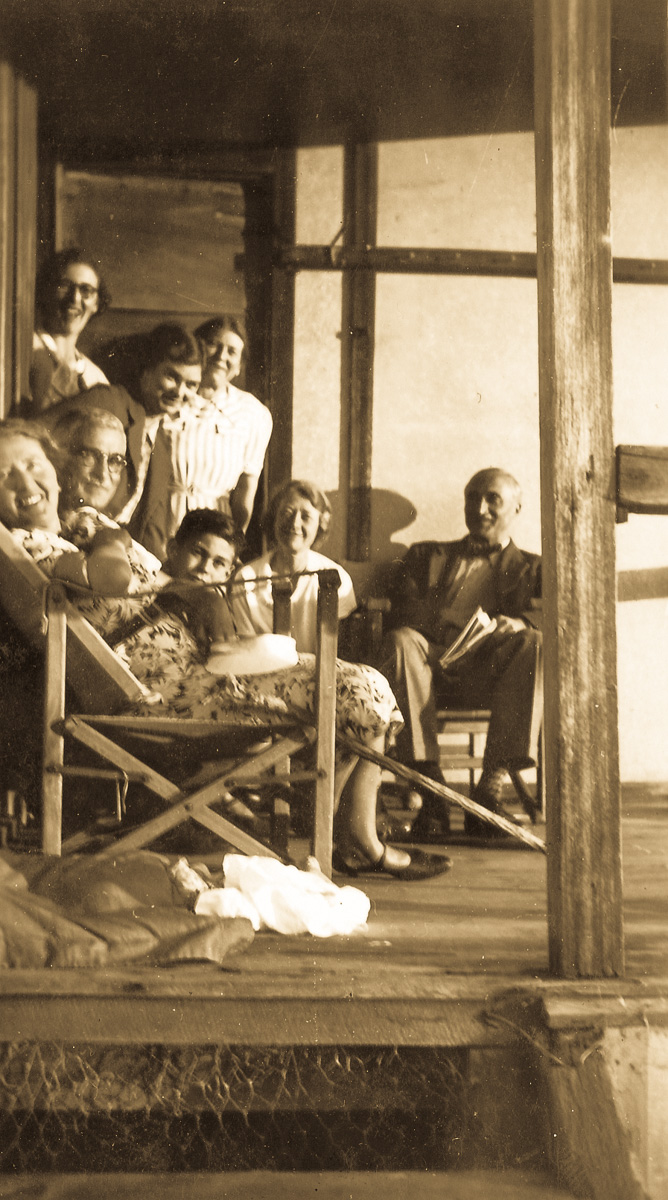 Hoby family on the new veranda. Contributed by Katharine Robson. 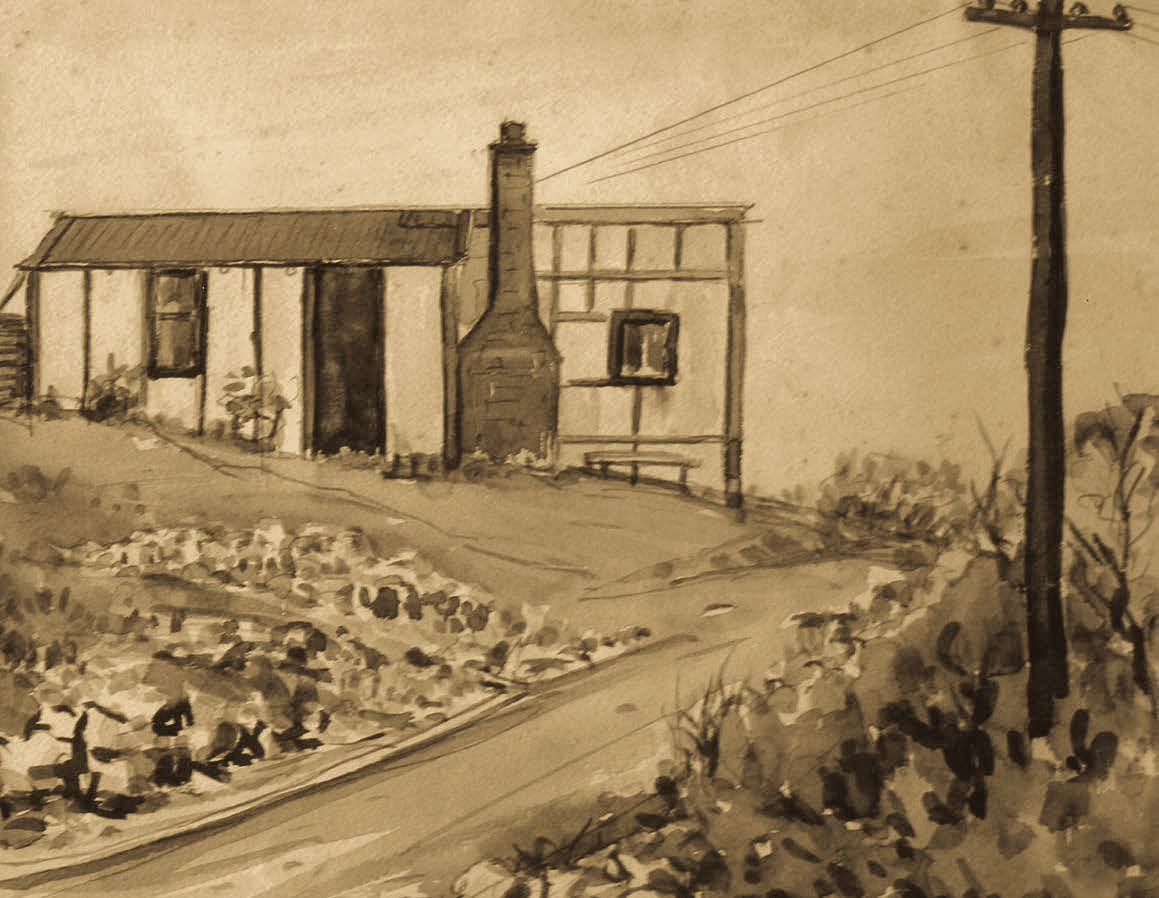 Hoby Cottage in modern times, with a real chimney and electricity connected. 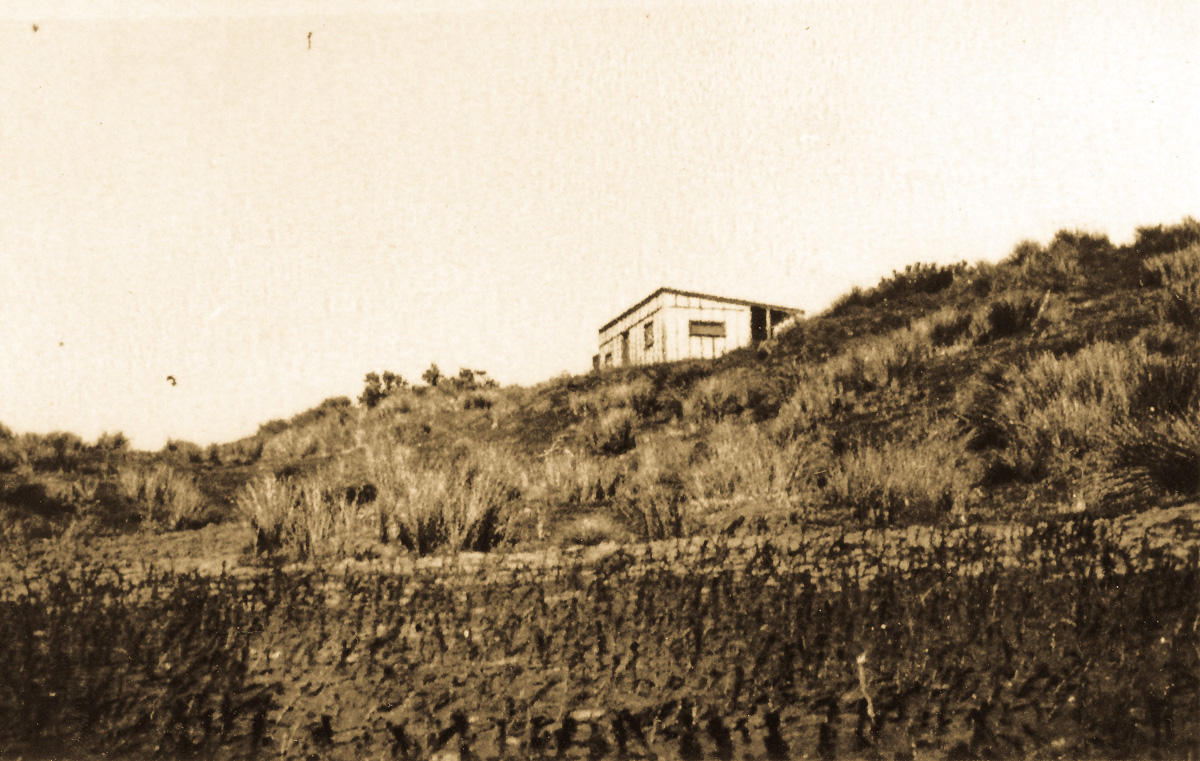 Hoby family bach, built in 1919 of asbestos sheeting, unlined, with a tin roof. No drainage, a rainwater tank and long drop toilet. The brick chimney in the painting was added much later, when there was a road, although my brother never forgot the summer he carried all those bricks. The Ahern bach was identical and later became Kawatiri.