Builder Arnold Moller  built his first residential home here in Glen Road Raumati South in 1939. It was then the second home in Glen Road, which ran from Poplar Avenue to Tiromoana Road, about number 27. The northern part of Glen Road from Tiromoana Road was then called Mokoia Road.

In 1920 Arnold’s father, then aged 70, was building his home on Rosetta Road. As there were no roads anywhere, all the materials had to be carried up the beach from Paekakariki. Over the years Arnold has built over 60 homes in Raumati South. They include the one on the rise above the corner of Poplar Ave and Glen Road.

In those days Tim Buckley was the electrician, and Tim’s company stickers EC Buckley Contractors are still seen inside switchboards of many older homes. He and Tim also worked on many homes in Turangi, as housing for the hydroelectric projects in the area, and both ended up with their own holiday houses there.

In those days a house took around ten months from start to finish, using mainly New Zealand timber and imported Australian Wonderlitch glazed ceramic roof tiles. Due to the war it was very difficult to get manpower. For some time during the war Arnold moved back to Wellington to take a paid job due to the lack of staff. By the end of the war he had started building here again, a boom signalled by the building of Camp Russell and Camp McKay, which he worked on. Building being an essential industry, he was then able to get enough manpower to start business back up here again.

When interviewed in June 2004 Arnold, aged 91, was still building, having spent the day in his workshop handcrafting a special seat for the shower. Sadly Mr Moller passed away the following year. 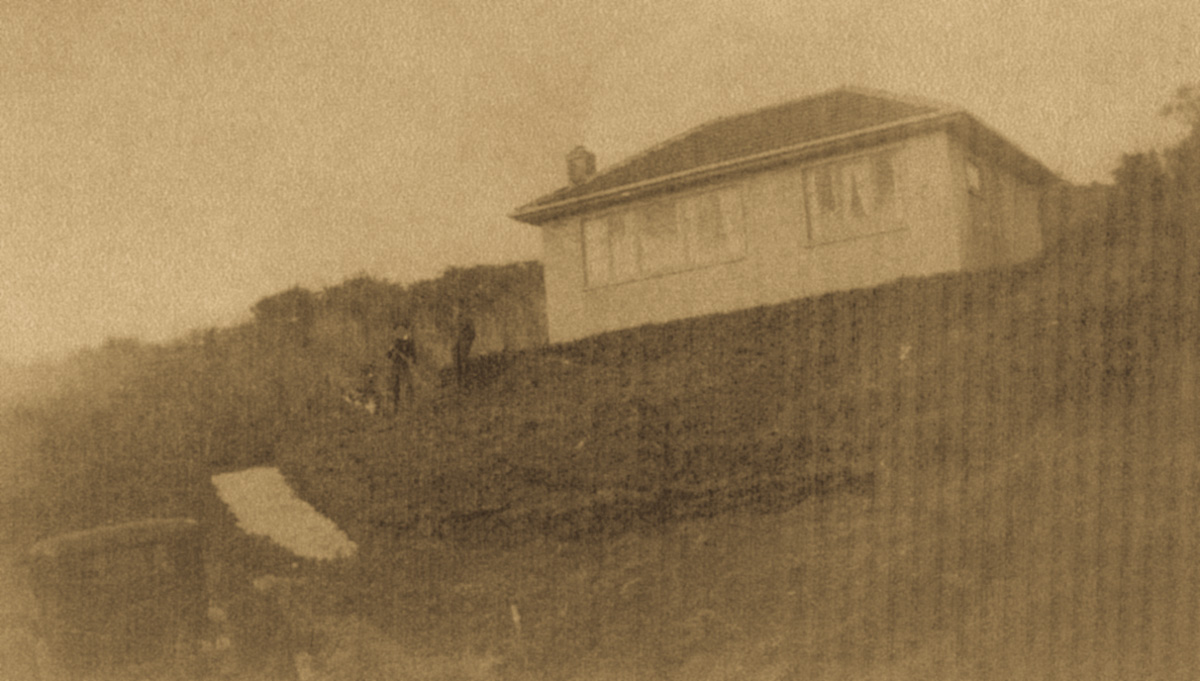 The second house built on Glen Road 1939–1940 when the road was a blind road and went as far as Tiromoana Road. The house is currently owned by the Robinson family.
Contributed by Arnold Moller. 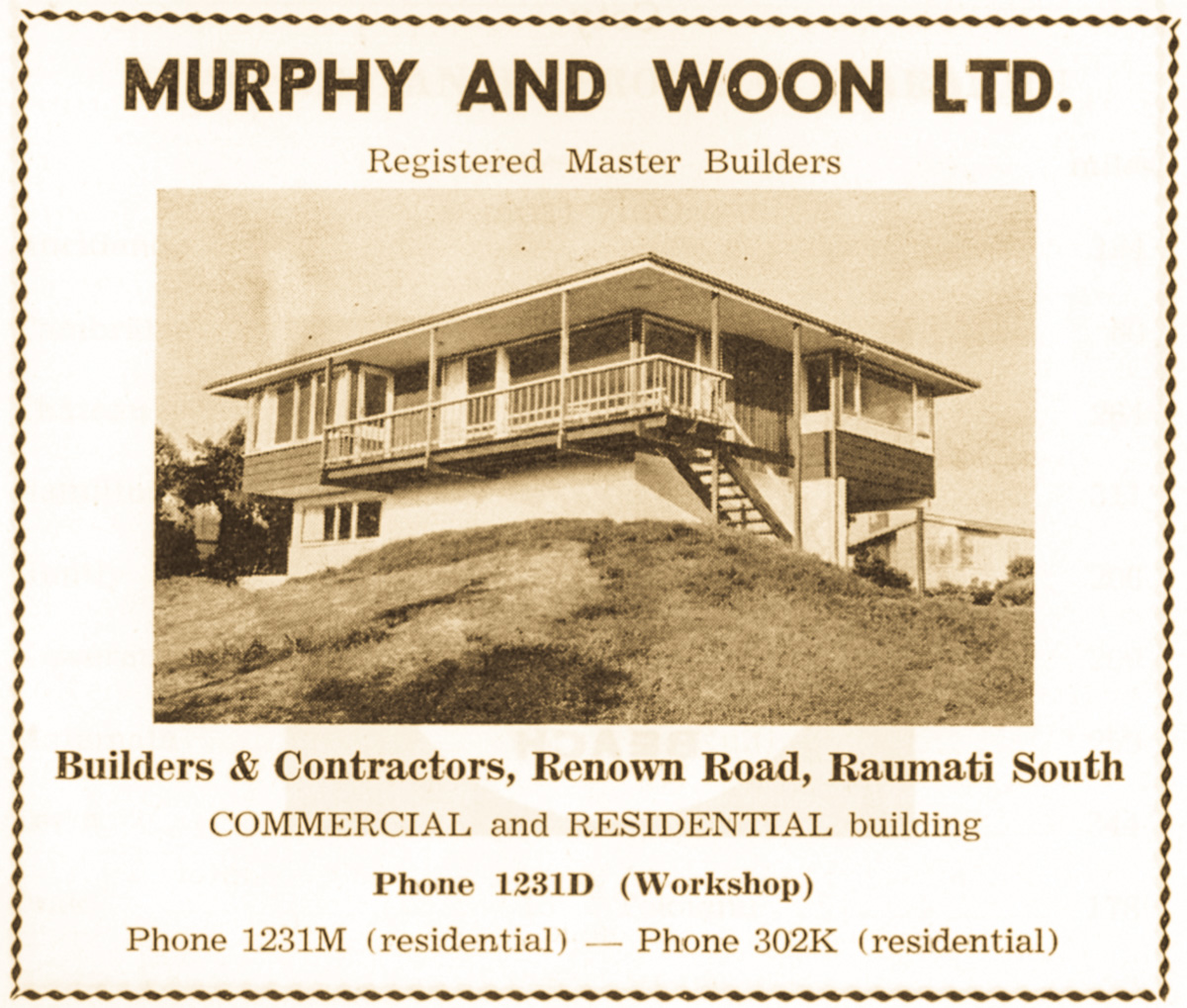 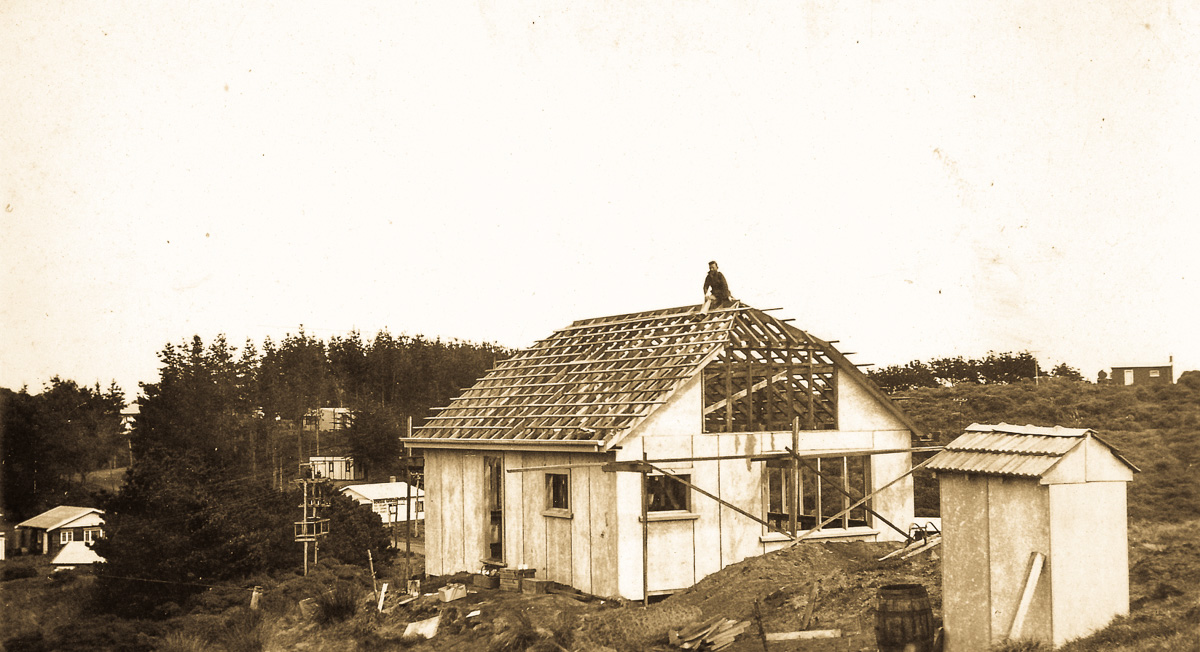 Another home under construction. Contributed by Jean Dobson.