A School of Our Own

Not many schools in New Zealand have their own farm. Raumati South School does, and the students love it. On his first day as deputy principal, Evon Goodwin was given permission by the land’s owner, John West, to cut a track through the lupin and use the vacant land behind the Matai Road School for cross country. This was in exchange for a water supply via a hose from the school grounds.

The farm soon became a purposefully undeveloped play yard where imagination, ingenuity, dirt and daring became the climbing frames upon which nearly 30 years of our children have spent their lunchtimes.

Evon recalled how each day a monitor would go and put in 100 plastic posts and run a huge roll of electric fence tape to keep the grazing horses out. Although it was never turned on, it kept the children in just as effectively. The fateful day came though when a paddock full of horses thundered through the school to Matai Road, and a permanent fence was finally built. After 10 years of negotiating with the Land Transport Department to purchase the land, the school finally succeeded.

The community got behind a pool building fund in 1971 and in 1996 the school celebrated the opening of a new two-storey hall complex with a new reception, office area and library on the top floor.

From an interview with
Evon Goodwin by Jacqueline Elliott 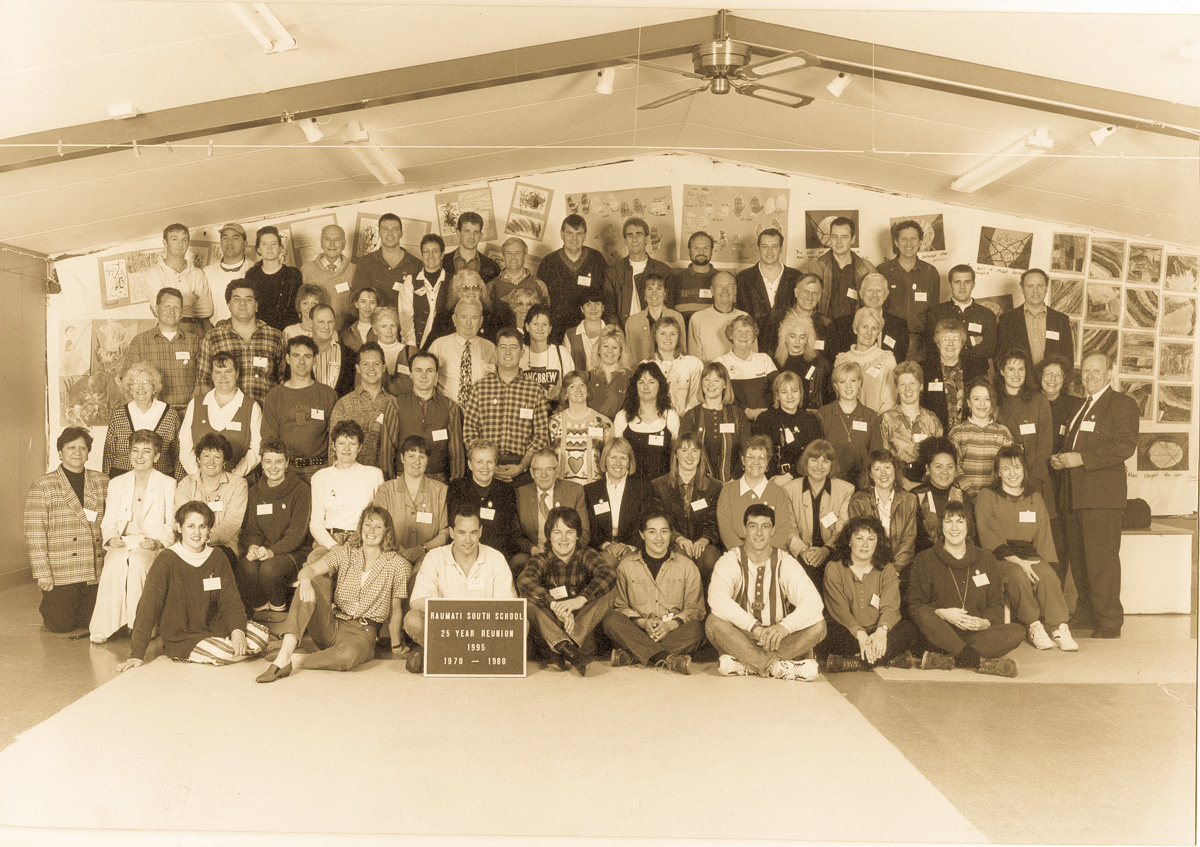 ← All Our Schools Pony Rides →