3 Hotdogs Please and Hold the Sauce

The Gunn family (who then lived in Houghton Valley, Wellington) owned a holiday bach on Renown Rd in the early 1930s to 1951. George and Kathleen Gunn had five children; John, Helen, Sandra and the twins Roy and Bette.

Our early days were marvellous. Sometimes we caught the train to Paekakariki and walked up the beach from there with backpacks, fording streams on the way – three I think. Other times we drove by car, and felt we had arrived when we turned into Poplar Avenue. It was always fun entering our bach, which was originally a one-bedroomed place, with an alcove for a woodstove.

Roy and Bette, the youngest, remember the special feeling of going to sleep at night in that single big room, with the adults sitting around the table talking.

Two bedrooms were later added to the bach, plus a kitchen, and the boys slept in a tent during the early years. People grew their own vegetables, and neighbours freely exchanged produce.

Days were spent mainly at the beach or helping Dad on the large piece of land, as he tried to rid the soil of couch. Nights were spent playing cards, with a kerosene lantern to give us light. Later of course we had electricity. I think I learned my first Maori words at Raumati, as there was a place called “Motu Moana”– a forest by the sea. The roads of course were unsealed, and it was a joy to walk from Traye’s Store to our bach, and smell the briar roses that tumbled over the fence and driveway of one of the properties. They were never tamed – just the same every year. Climbing the macrocarpa tree down by the shop was another bit of fun.

We had a huge cart-like trailer that was used in the garden. John used to let us get into that cart and he’d take us to the beach and then run the wagon into the water until we floated off. It was named Big Bertha.

One rainy day pastime at which we used to while away many happy childhood hours was trapping slaters, putting the unfortunate insects on the gramophone, and watching them get very dizzy and fall off as the record spun.

The focal point of Raumati South was the Eatwells’ Guesthouse. The Eatwells had two ponies – Judy and Topsy – that they would hire out for rides at 3p per hour. Roy was fascinated by those ponies, and used to hang around asking if he could groom them. He got to know Mr Eatwell well enough so that eventually the offer was made: “If you can catch one it’s yours for the time you’re here”. All the Gunn siblings would be out trying to catch one of the ponies – then Roy would have it for the weekend, or the couple of weeks of the school holidays, when we were here. As well as having great fun with the pony around the bach, Roy used to take it down to the beach, where he would make some pocket money by giving the local kids a ride for 3p a turn.

We had a deliveryman who brought fresh fish each week. We hardly needed his fish though, as we‘d often be walking the beach in the cool of the evening when men would be out hauling in their huge nets laden with fish. Hydes Cutting ran from Renown Road to the beach, where they did dragnet fishing. The men would say “Help yourself” and give us a sugar sack of fish. With no refrigeration, Mum had a battle trying to use them quickly – by cooking or salting – so we ate enormous amounts of fish.

The Americans brought colour and great fun into the tiny weekend place. Dad, John and friends brought many a marine to our bach. Apart from their accents, their uniforms alone were something to admire. Unlike our NZ soldiers’ uniforms, which were made of coarse material, the Yanks had uniforms of fine wool. We liked everything, even the marine hat badges that they wore on their lapels. We were always waiting for them to give us one, as they seemed so exotic. Then their rations were something else, with wonderful dark chocolate. The trains were always filled with these wonderful servicemen, and life seemed so interesting.

Roy and his friend would run errands for them on their bikes, and the orders were usually for fruitcake and cheese. The Marines never wanted their change. To us they seemed rich.

Roy remembers frequently walking from Paekakariki to Raumati by road, after the road had been improved. American trucks would pass by constantly. One day, as a truckload of soldiers drove past Roy, to his surprise a parcel fell through the air and landed at his feet. It was a dry cleaning bag containing a new pair of American khaki marine trousers. Roy took them home, unsure if the loss of the soldier’s parcel was accidental or deliberate. They never returned for the trousers so it was probably just a typical act of largesse. The trousers fitted him perfectly, and became a prized wardrobe item.

One day the Gunns came to the rescue of an American sergeant on the Paekakariki Road (when the Paekakariki – Plimmerton Road was new). Roy was walking, and the sergeant, who had run out of petrol, asked him for help. His father was following in the family’s old Chrysler, and had a two-gallon can of petrol. Petrol was then scarce and expensive, and that spare can represented only enough to get them home. The sergeant thanked them profusely and promised to call by and replace the petrol. However several days passed and he hadn’t shown up.

On either side of the Gunns’ bach US officers were renting baches owned by the Scotneys (‘Bonk’ Scotney taught at Rongotai College). Roy had got to know the officer, and eventually he mentioned the petrol situation to one of them. The next day a big 6WD DMC truck pulled into our driveway. The soldiers said ‘take as much petrol as you can find containers for.’ In those days we didn’t have many tins or suitable containers. We refilled the two-gallon tin and refilled the car itself, but were then looking round for anything and everything to fill with the precious petrol. Roy laughs at the memory of his mother even rushing out with an old teapot.

Money was scarce, and purchased treats were rare. Walking back to Paekakariki one year at the end of the Christmas holidays, we passed the hotdog stand that was north of the railway station near the Paekakariki camp. Roy remembers that they had very little money other than their train fares, but our mother wanted to shout us a treat with the little cash she had left. She had no idea of the cost of the hotdogs, but told Roy, Bette and their cousin Moira (who often holidayed with them) to order hotdogs for them all. They expected the usual inexpensive saveloys encased in bread rolls, but to their alarm, the vendor started piling on sauces – they could see that the hotdogs were going to cost much more than the money they had on hand. Roy, then a young man, eventually summoned up the courage to ask the price. Staggered and embarrassed at the cost, he took to his heels and bolted.

Helen Gunn sums it up: Raumati in our young days was a magical place of endless sunshine, sea, countryside, sandy soil that produced remarkable veges. Pony rides on the beach, simple living and unbelievable freedom in that unpolluted air that smelled of the sea, cows, hay, smoking fires and home cooked meals . . . There was also the vastness of the night sky, and over all, silence. 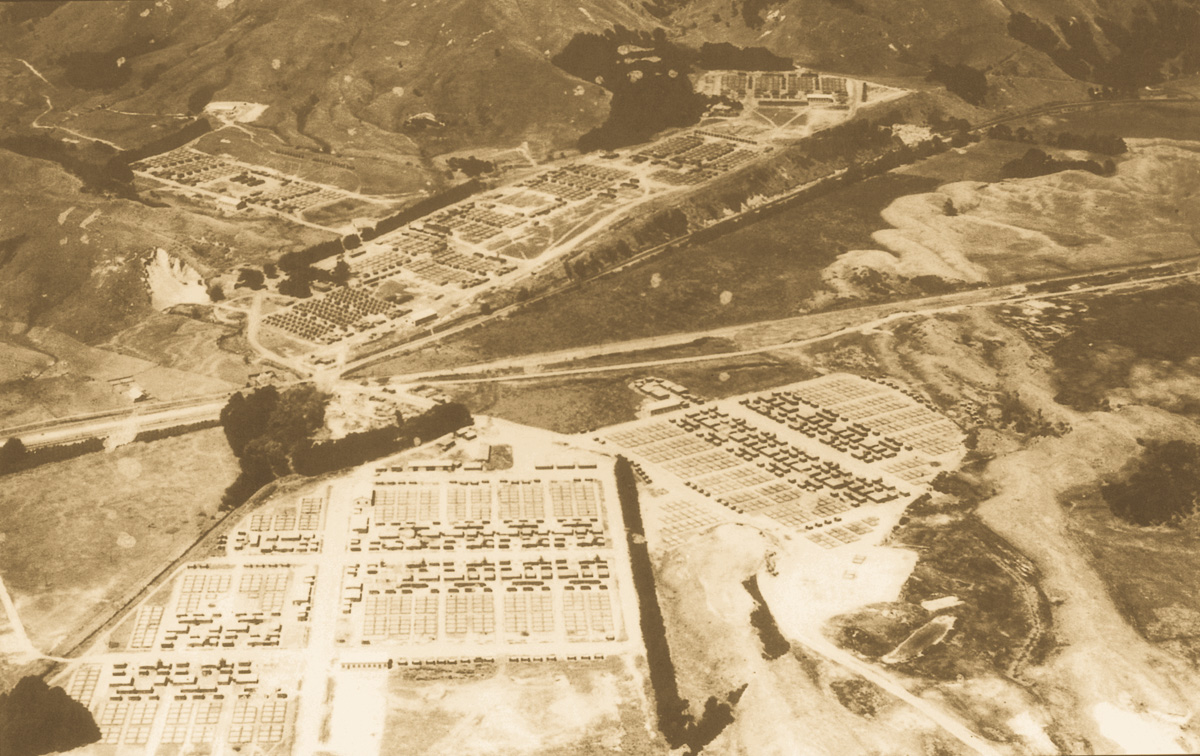 ← The Esplanade Since 1941 Americans Everywhere →